Last week was dedicated to visiting a game store. Apparently game stores only open at noon so this errand took me past my happy time of AM when I like to get things done.

My husbands says that it is natural if people plan to stay up all night gaming to open at a more "reasonable" hour. When we lived in Copenhagen as newlyweds we did a lot of walking. Two of our favorite stores were the game stores. one was Fantask. I loved going into the store off the cobblestone path and spending time perusing the books and game stuff I am mildly interested in. Back in those days before our kid I read a lot of DragonLance books. We also had a subscription to Dragon Magazine. Remember that folks? 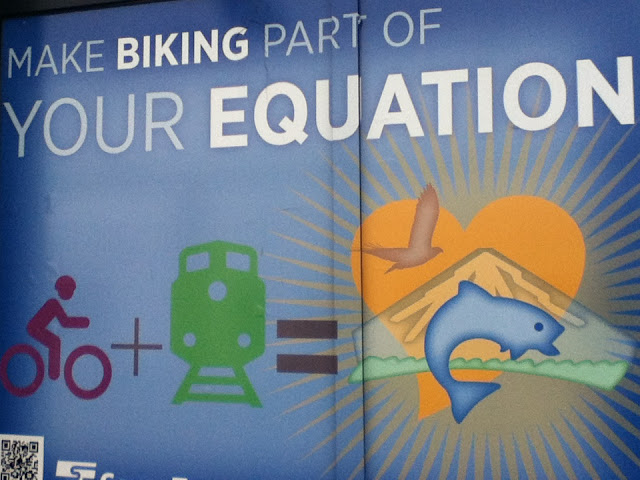 As always, I like to maximize my laziness so my adventure starts with a train ride. Apparently ads are everywhere encouraging bikes to become one with Sound Transit. I tried to be one with the train but how can I when I fear Ms. Metro Grumpy pants or her clones who are pissed off that they have to be on the same train with a bike? So, my ride on the train always seems to end sooner because I love to drink lots of coffee and then have to get out to find "the facilities". 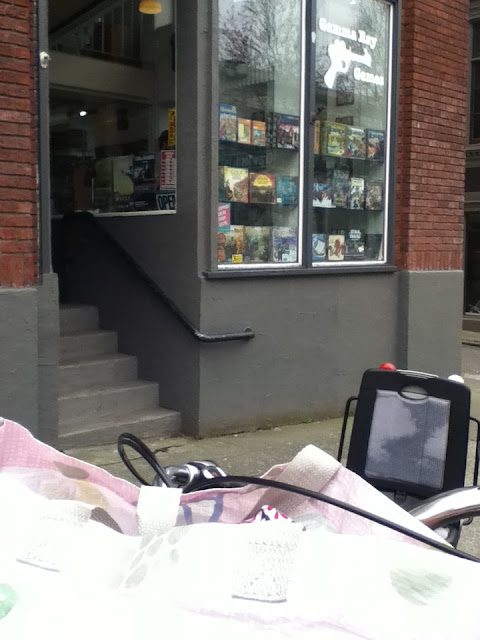 After relieving myself, I mosey over to a store I found called Gamma Ray Games. Well, for one, my foray into stores like this happened we lived in Copenhagen. So, I just assumed all stores would be just like those in Copenhagen. I opened the door and it felt empty, almost closed. The guy inside was super nice. I inquired about something Mr. Peyos wanted. I was sent on a quest to find fudge dice. I like chocolate but these dice were not made of chocolate. Apparently they look like this: 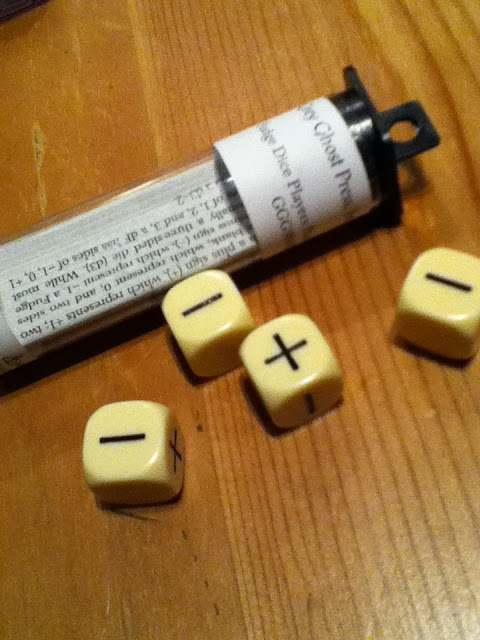 Seriously, this is what I bought. You could play lots of games with these, including a mean math game. I shelled out gelt on dice with plus and minus symbols on them.

While I was there I thought maybe I can get more cards for our new Awesome game we play called Munchkin. Apparently now that our kid is older and wiser she can partake in more complicated games, such as Clue, chess, casino and monopoly. Munchkin is just another game for us. No, this is nothing like that horrid Magic, The Gathering. This is a light fun game, made in jest. Just so you get an idea of what these cards look like, here is a sample: 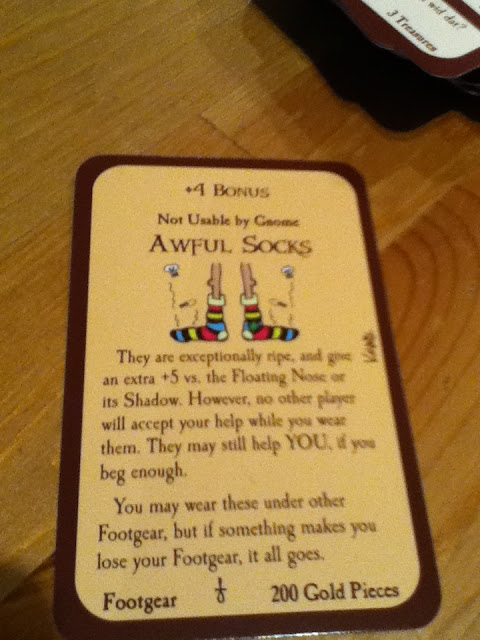 I bet we will come across a fart card because it is our favorite kind of humor. I have to say that the local game store is not what it used to. Is it the decline of the game store, maybe. We buy so much online these days the corner store suffers. In any case, while the store was small you are able to peruse their selection. Give them a visit and show them that you love them.
at April 17, 2013