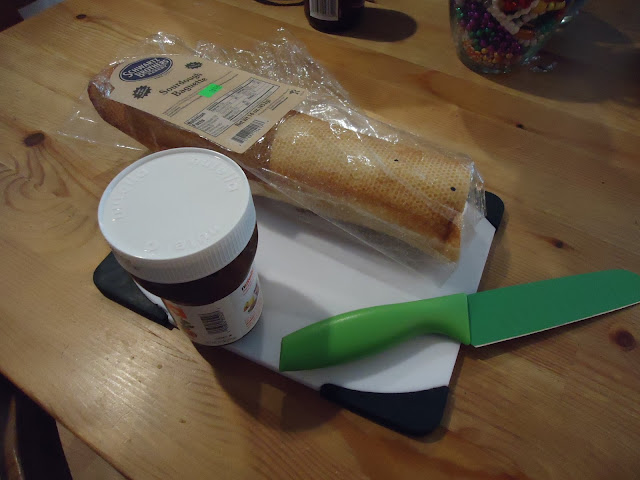 Monday I did zero biking. I instead went on an all out shopping trip with a friend for food and summer items. Tuesday was a fast day so I got up at 3:30 AM and chugged as much water as humanly possible. It was like a frat party but for old people and with water. CHUG, CHUG, CHUG! I didn't t get a chance to eat some breakfast because I was too busy chugging water. After that I went back to sleep and hoped my kid wouldn't wake up too early. Instead I was disturbed by the alarm clock my husband set so he can go to morning davening. Someone kept pressing snooze so it was super annoying.

By the time I reached reality it was 8:30am and my kid was eagerly awaiting her friends who were to spend the WHOLE day with us. (Yes, I allowed that even on a fast day) I figured the kids are old enough to be self sufficient and the two girls tend to baby the younger brother who tags along, including wiping his face of Nutella. I was fresh all out of fiber one bars (apparently a favorite treat of friends), so the kids had to fend for themselves. They did crafts and cleaned up afterwards but after a whole six hours the boychick was tired of the two older girls and their decisions on what to do next.

They did manage to make this out of the box my oodles of toilet paper arrived in: 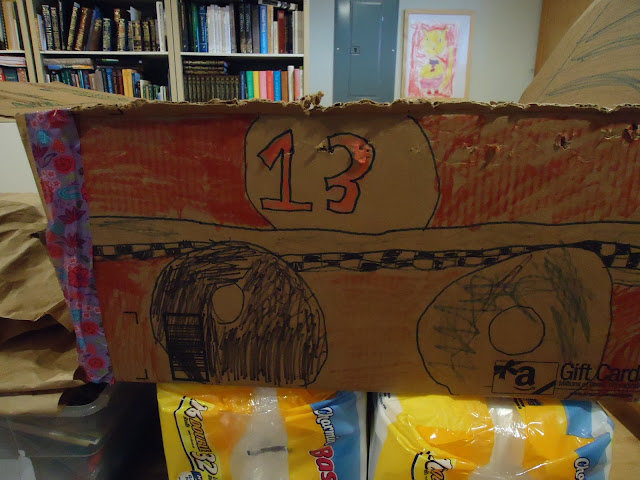 I took a nap and woke up to peruse my Twitter feed. Sometimes I get new followers on Twitter and in the end loose followers. Right now I am hovering on 85 followers. I don't tweet much as my cell phone is just a phone and taking pictures left and right just to tweet is just not my thing.

Well, I guess I got one more follower: 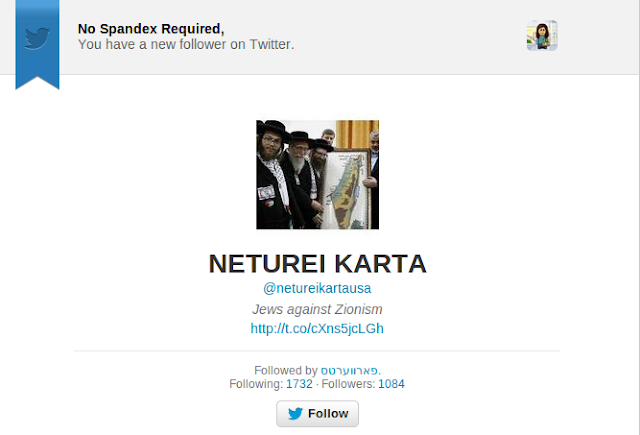 HUH? How did that happen? Anyway, I think it has more to do with the fact that I started following those Hasidim on Bikes. Well, I don't care who follows me on Twitter, doesn't mean I have to follow back. How the heckie poo do they have so many followers? Maybe I am not doing enough "marketing". In any case, it's Wednesday and we get to try to enjoy Seattle summer.
at June 26, 2013