Last week I was hoping to leave this weather and make a voyage to San Francisco with Mr. Peyos. It was going to be glorious weather above 40F. As things turned out I went no where. Instead I was stuck in the puddle of Seattle. So, instead of dwelling on my misery, which I will detail, let's see Mr. Peyos's adventures and if he biked: 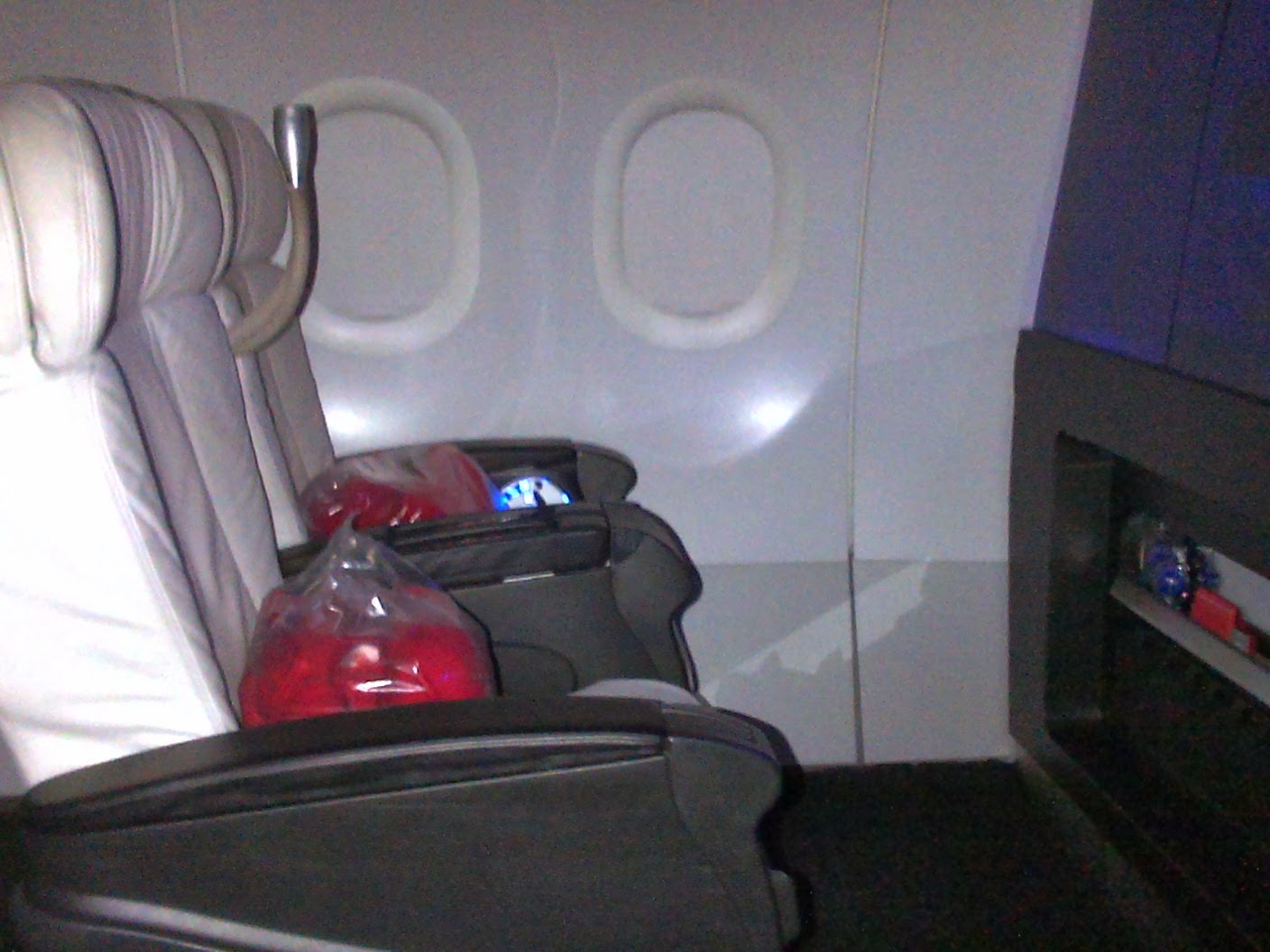 First Mr. Peyos upgrades to First Class, that snob! Actually his company paid for the flight so I was more than happy to have him upgrade. He said people looked at him in wonder, "how did that hippy with the tie get in first class?" 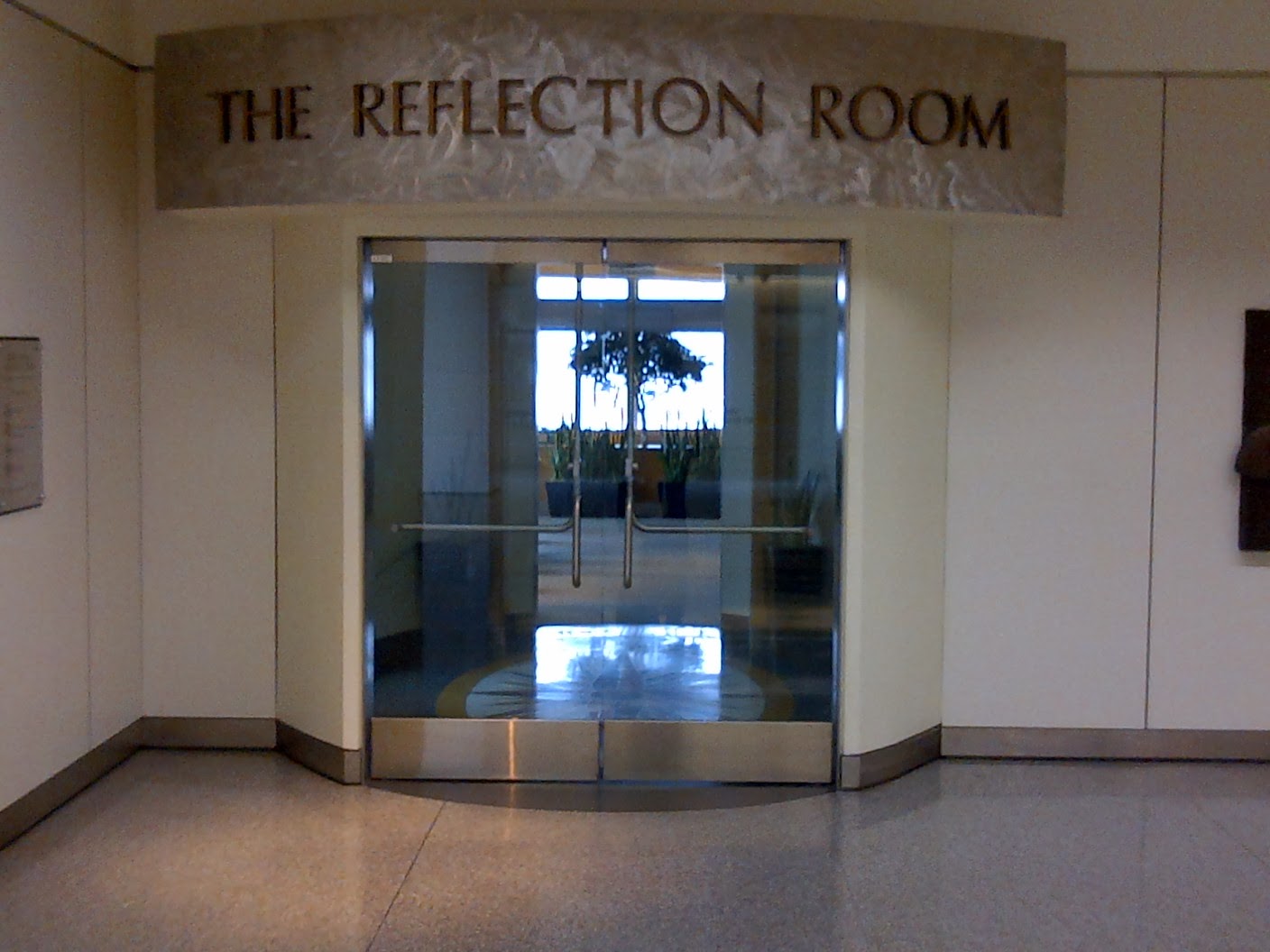 Then he davened (prayed to G-d) because he left so early he wasn't able to finish everything. As he arrived to SF he got to go in here. People, it is just a room, it had zero religious imagery. It might even be a great place to nurse. 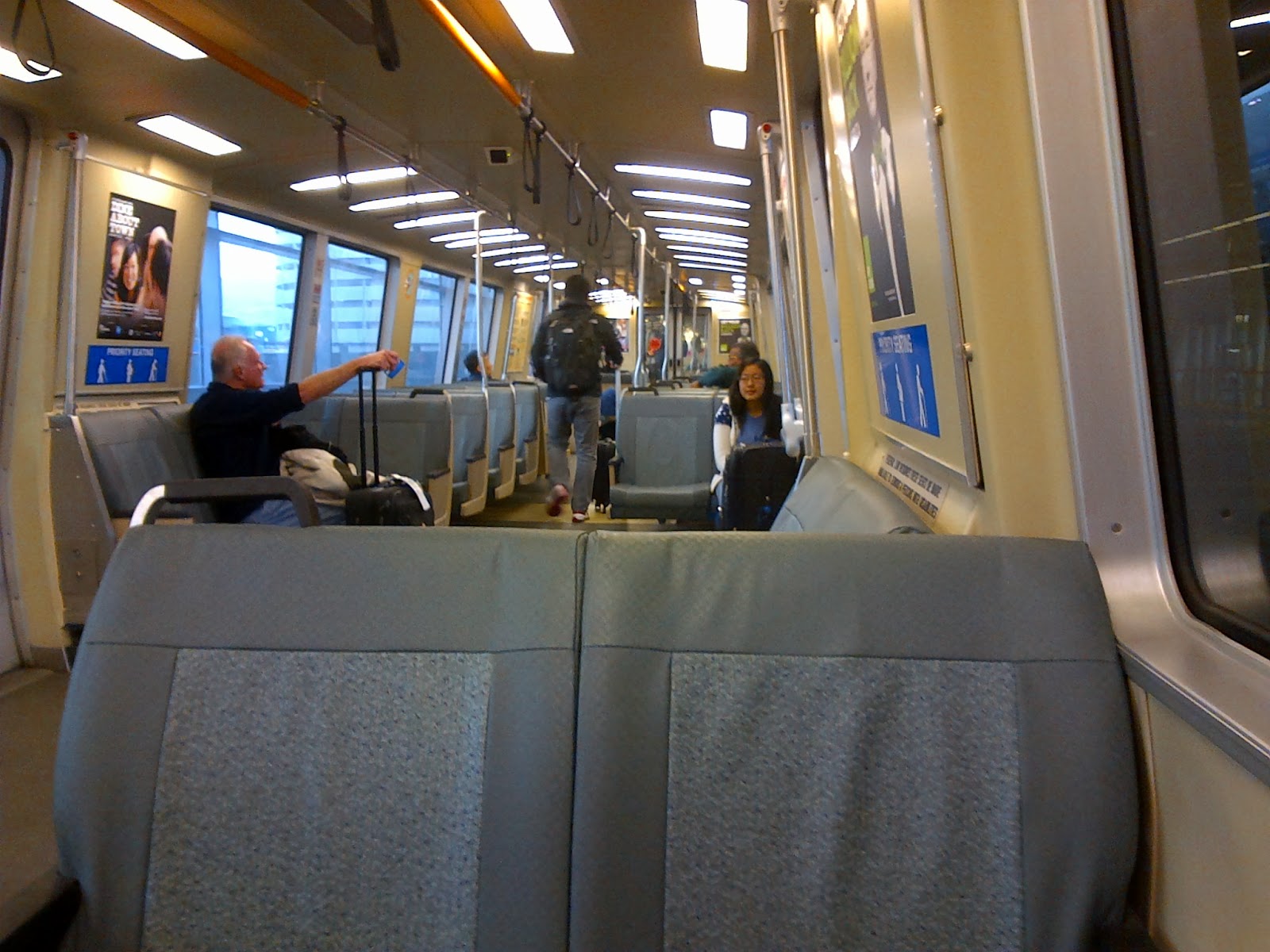 Then he got on the BART. It looks clean but I was told that it wasn't. At this point Mr. Peyos proceeds to eat his oh so healthy breakfast of Black/White cookies I packed in his bag. 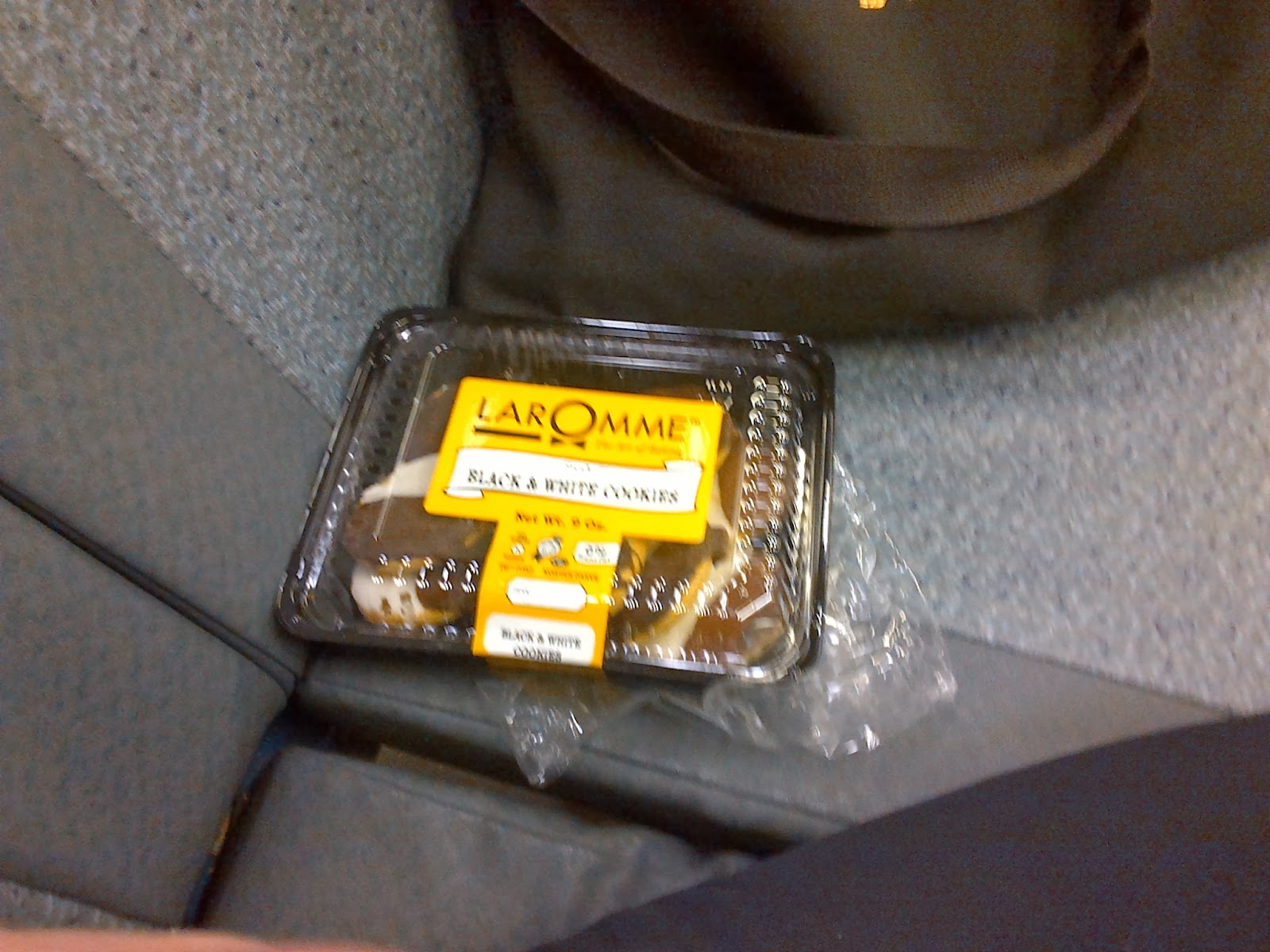 Can you tell we are oh so into health and nutrition and partially hydrogenated oils? I figured the praying would help defuse the unhealthiness of these cookies.

Fast forward a little to where I have a meltdown. I know you want to hear this one. So, while in Seattle soggyland I decide to not bike because I didn't feel like it. BIG MISTAKE! Sure it was raining outside but I had two bike ponchos. One for me and one for my pink marshmallow child. I instantly regretted the whole thing while standing on Pine and waiting for the bus. The rain got worse and I just stuck around waiting for the darn bus. I got out at some point because it was the bus and tried to find a car2go so I could drive my kid home. The app had me walk not to far. Then a lady comes out of nowhere, runs to the same car I am about to take and leaves. This is where you cue the opera music, something really really sad. Tears, and rain are streaming down my face despite the umbrella. It was like a real Telenovela, except I didn't get to slap anyone. 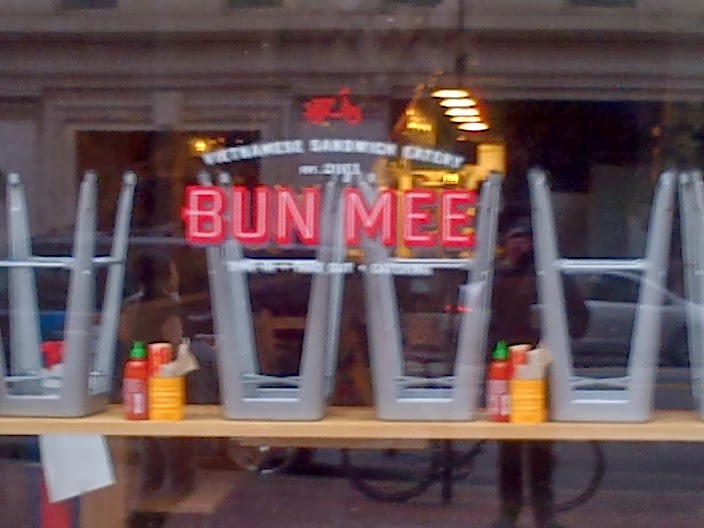 Later I called Mr. Peyos and he was passing some place he found amusing. What is that place? Bun Mee? 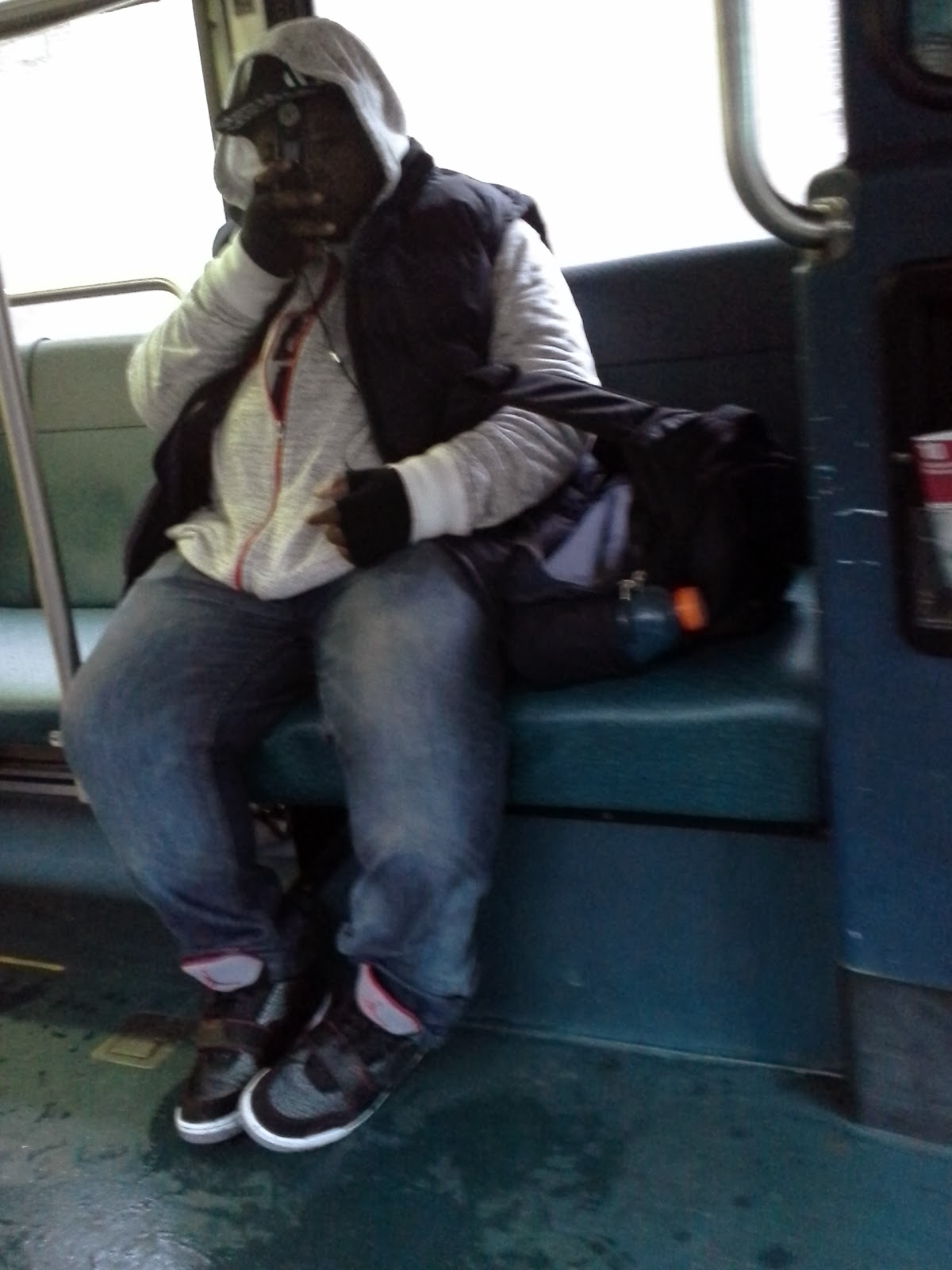 Meanwhile, this guy had his camera pointed at me. I don't know. I wasn't doing anything. I can also take pictures dude! What's worse this or Google Glass? Mr. Peyos says maybe he has a blog called No Deodorant Required.

.@Brassicabrine I was totally going to cry when I thought I couldn't get it opened pic.twitter.com/s4oerhpkve
— No Spandex Required (@NoSpandexReq) January 30, 2014

Worse,  we get home and I can't open my sauerkraut. I felt so helpless without Mr. Peyos. It was sad. If you find me on Twitter you learn so much about me! Worse about being home, I let my kid sleep in the big bed with me which resulted in a 9 year old lying down on half my body while the other half was occupied by baby Apple Pie.

Back to San Francisco. Mr Peyos stayed at a hotel that had a bike share but he was unlucky enough to not borrow one because the bikes were being returned. I don't know what that meant. In any case, he wasn't sure if he wanted to bike in San Francisco anyway.

He did find the city Bike Share and I think it looks sunny. 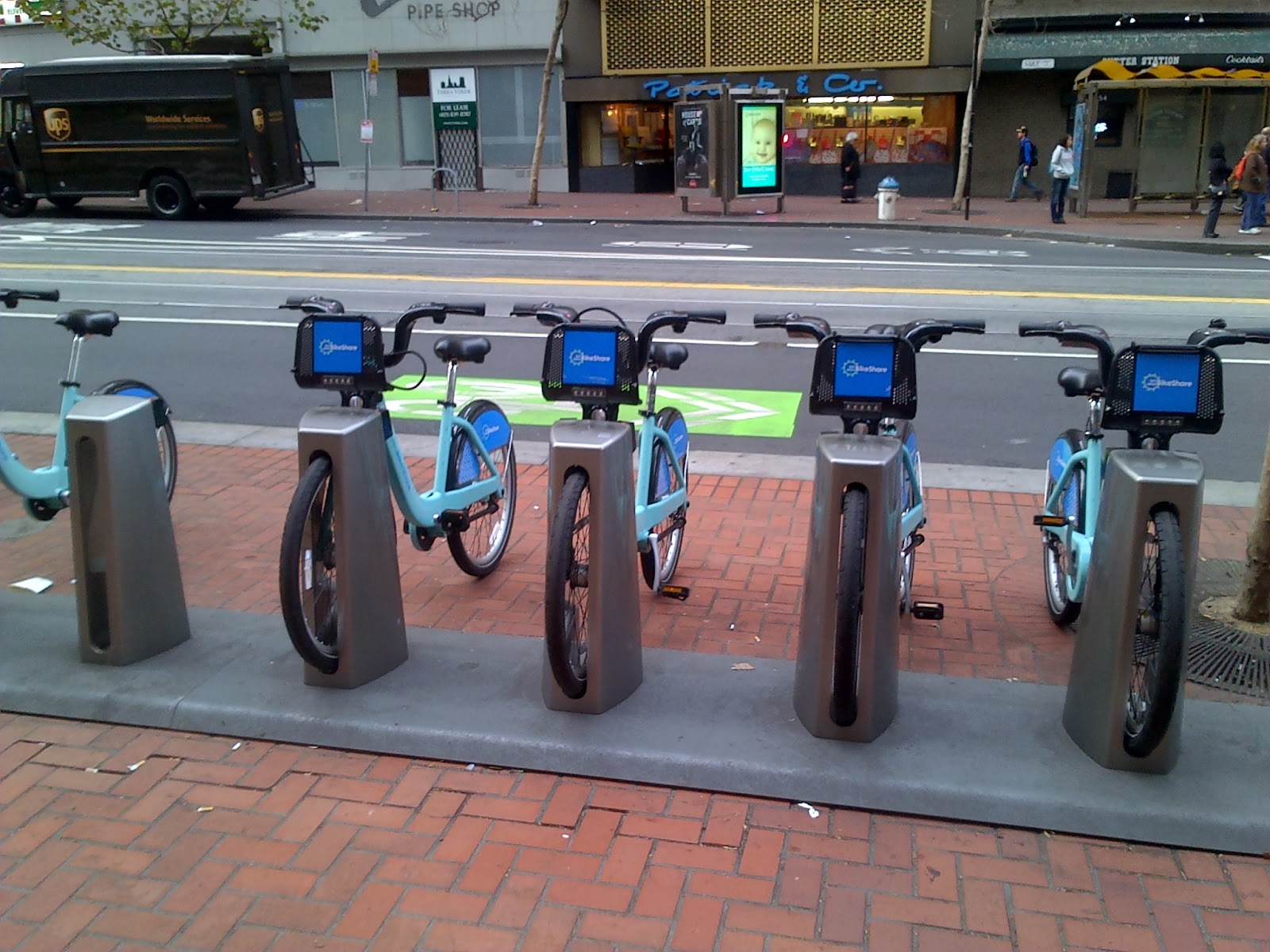 He didn't borrow one of these either. In fact, he had very little time to explore the city or do anything but work and eat. What did he eat? He got to eat MEAT! We don't have kosher meat restaurant in Seattle but they have one in SF in the heart of Chinatown. Just in case you are confused, those letters are not Chinese. 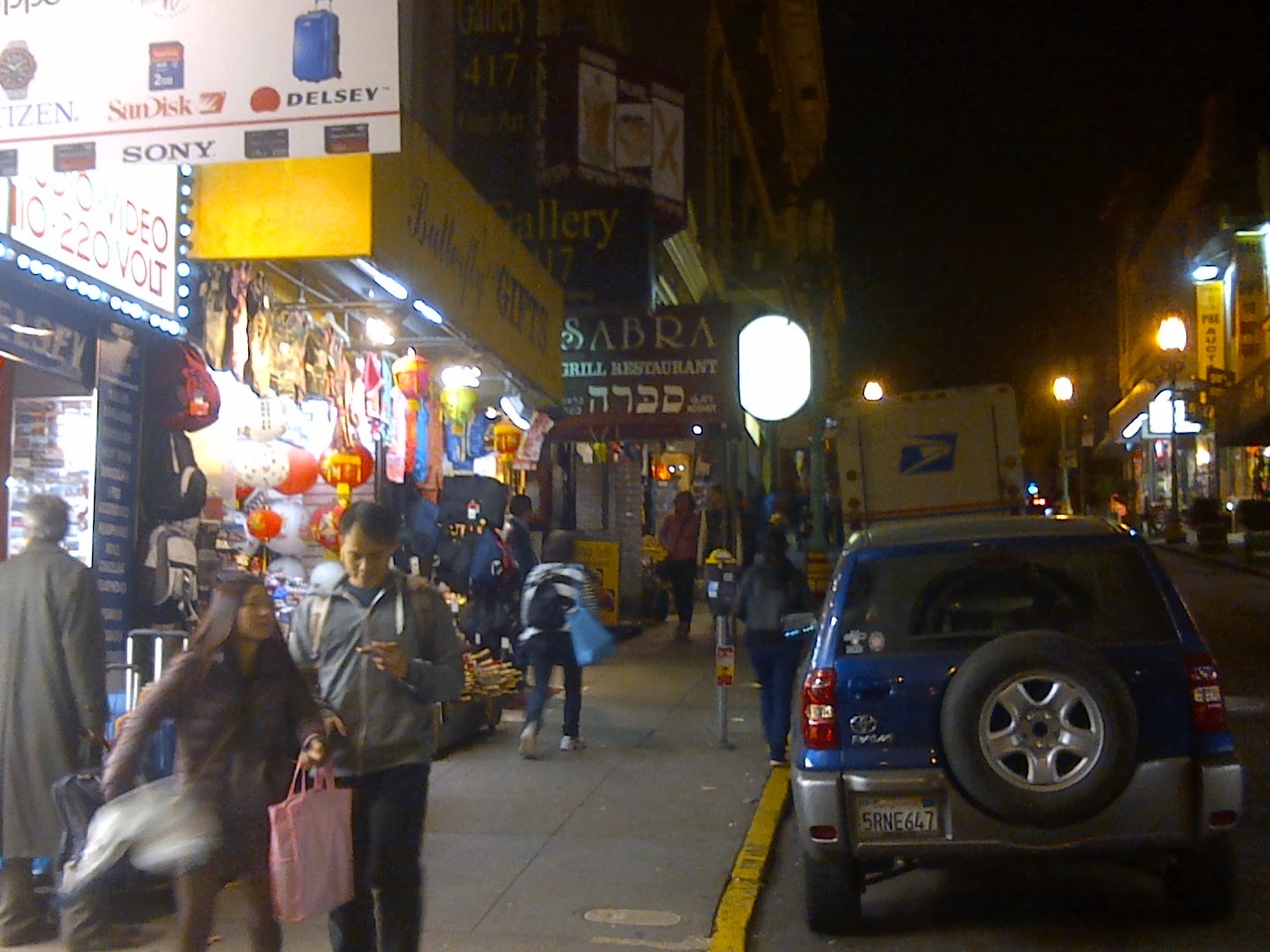 Can you see it? He spent a small fortune to eat lamb one night and then spent the rest of the time eating the combo salad plate. 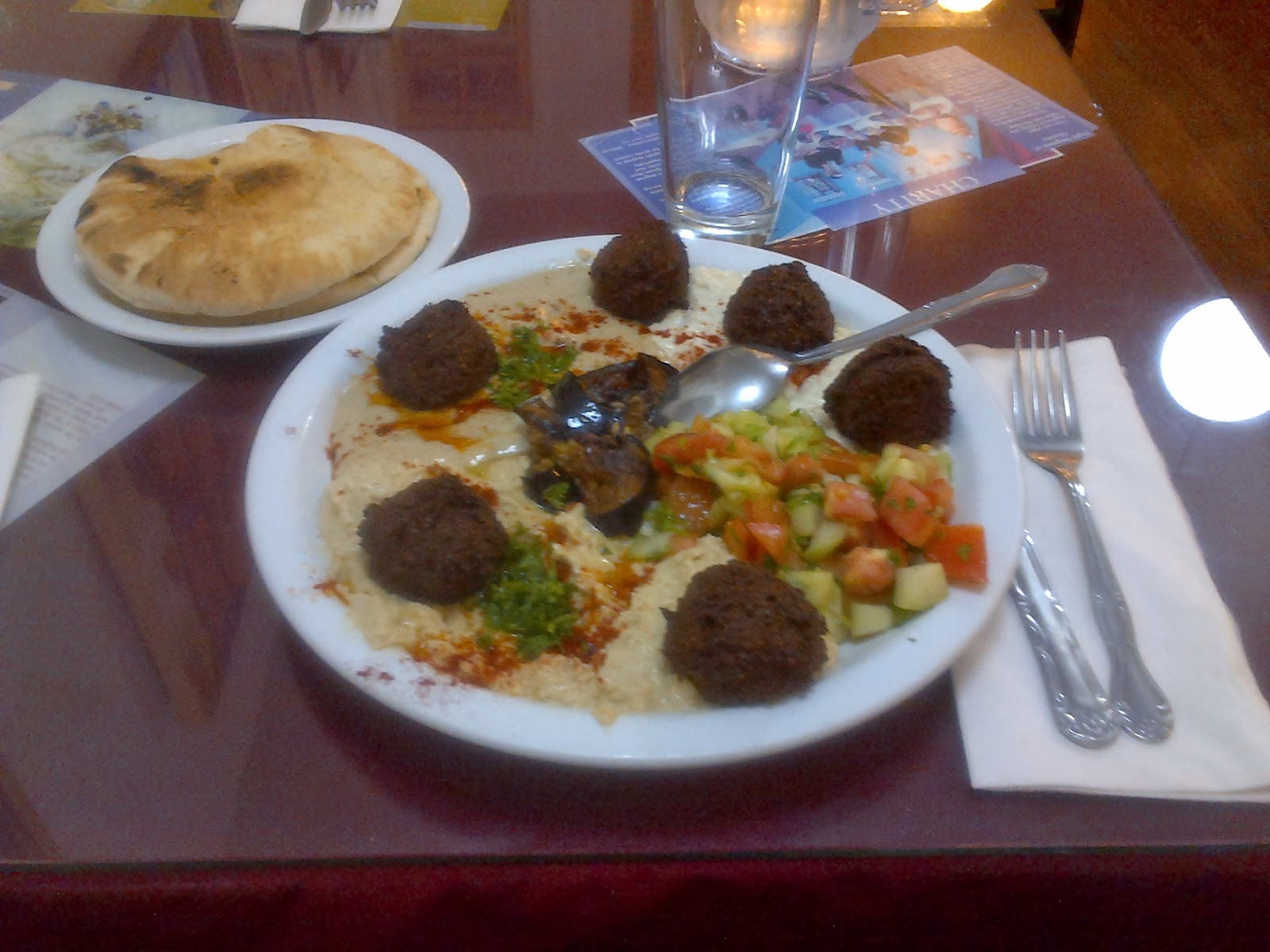 Yes, he ate ALL of it! The pita were homemade or tasted homemade.

Meanwhile back in Seattle we survived and I ate something Apple Pie does not want me to eat, tofu hotdog. It was gross barfing that up. NEVER EVER AGAIN! I hardly took pictures the days I did bike. I was way too sad. I took one. It is a picture of the hill that goes down to the I-90 tunnel and I won't bike down it because I am not interested in falling. I don't think that picture does the grade justice. In any case, it stopped raining and I stopped crying. I am glad my husband came home and happy that he won't go on another trip for a while. I think we figured next time I import my mother just to keep things under control.