Baby on a Bike: Helmet training and beyond

I have waited 9 arduous months for this day. Actually it was sooner than you think but let's just say nine months.

Baby Peyos is a strong little person. From day one he was on the move, rolling wigglying, exercising his baby legs. He was born to move. So, I haven't been surprised at his physical strength. Of course, my baby is the most special of all but the pediatrician even agrees with me at ever visit. So, it's true or she just says that to take our money.


Our Portland adventure. The recap is here: Oh Portland!

When he was strong enough I put him here for fun. Excuse the mess, we had just moved in at that point. No bikes live here now because he is crawling, standing, attempting to climb. 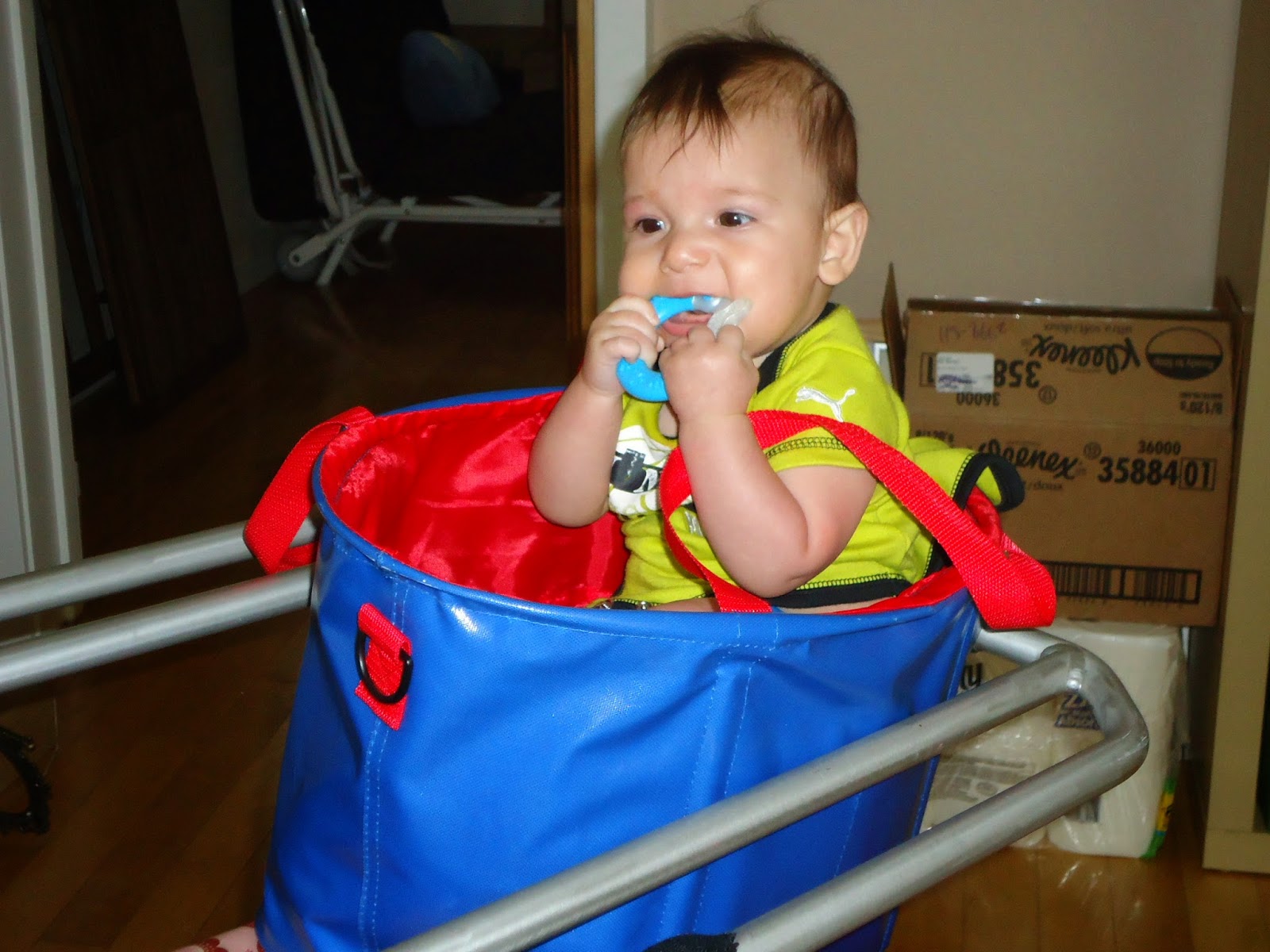 Just in case you didn't get a good look. Here he is brushing his teeth. We love that toothbrush.

The first step in the baby bike journey is introducing them to the idea. On our trip to Portland Baby Peyos got to sit in a trike with his sister. He liked it. So after that we had different variations where we just sit him in something without the bike ever moving.

Here he is sitting in a Metrofiets at G&O, the experience had him shocked he didn't spit up in it. Yes! 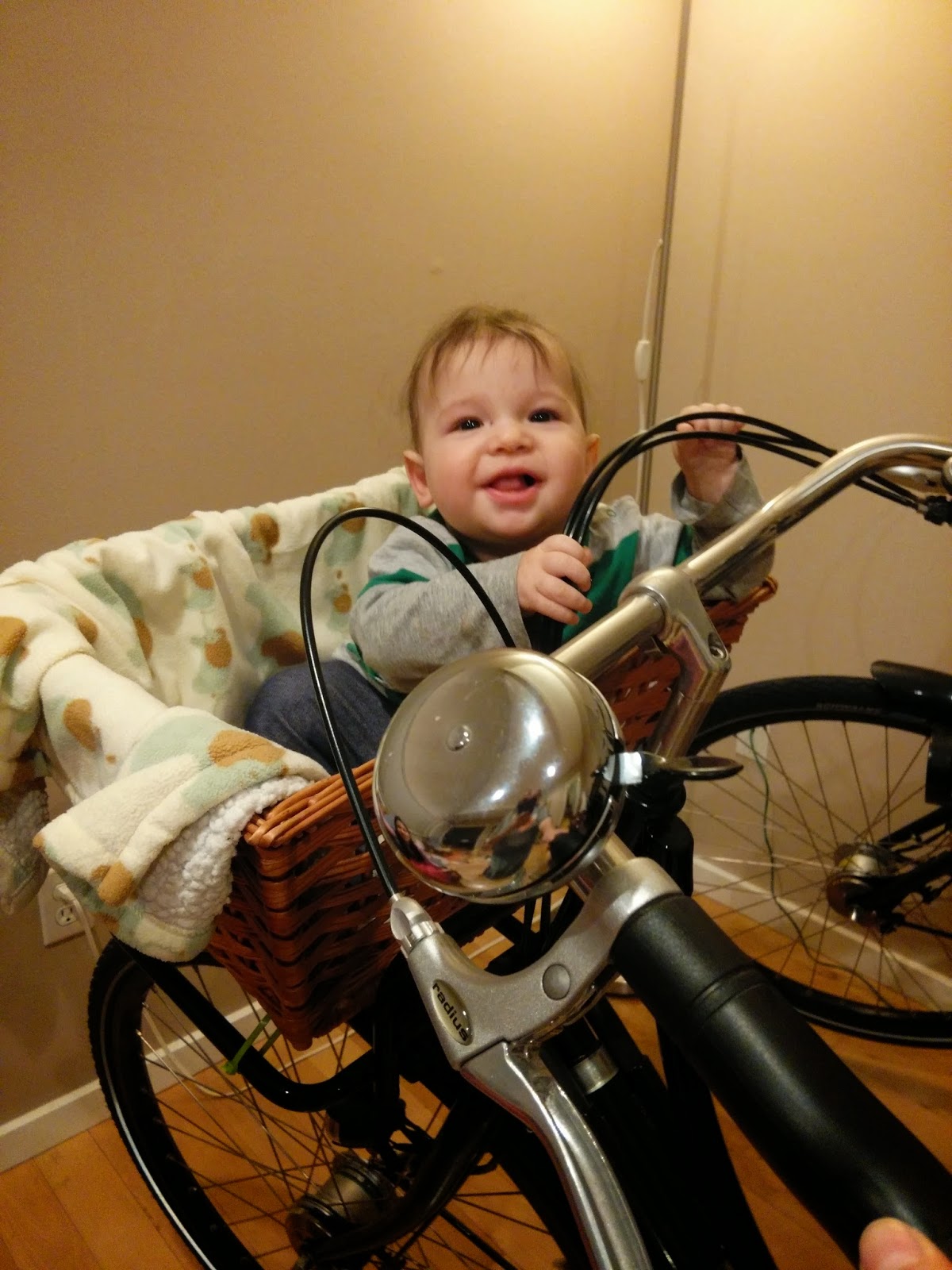 Here he is just hanging out in the basket of my Oma bike. Again, he didn't care because it was exciting when I rang that huge bell. You can see him getting bigger too. 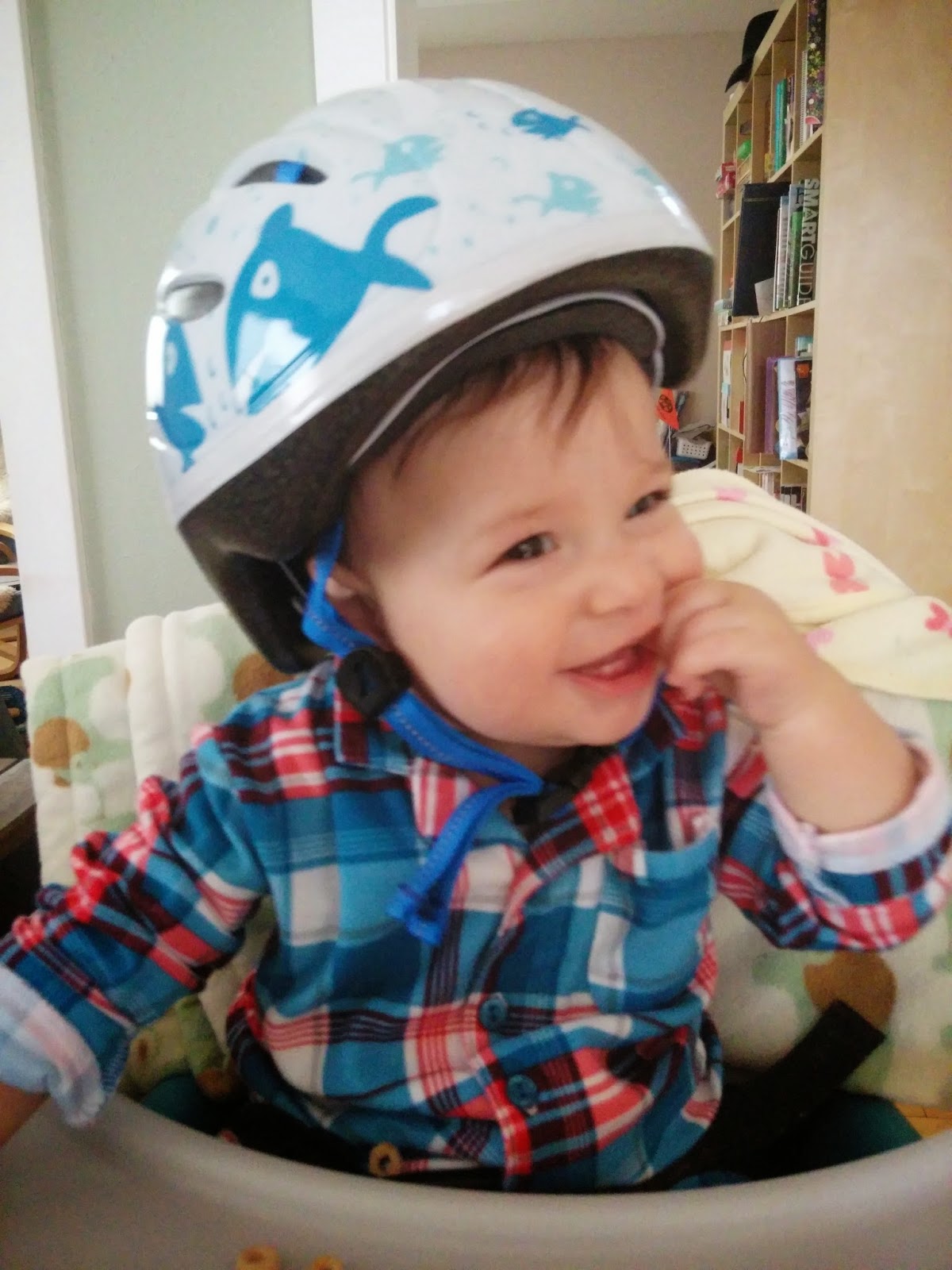 At my last visit to G&O, which was basically to pick up the bike, I bought the baby his own helmet. That is a Lazer Bob helmet. It seems to be what most people use and so we decided to give it a try. When we came home we showed him the helmet. In his tiny face he seemed to understand the significance. I could see him thinking, "when they put something like that on their heads it means bike time!" He was eager and very excited. It also helped that we all put our helmets on as an act of solidarity. Food bribes work too. I know, this is not fitted properly but this is the phase we called helmet training. Their was a lot of broccoli involved.

It worked. This was the beginning of helmet training. We mostly fed him food to keep him distracted from the giant egg on his head. I solicited advice from the Facebook page for Seattle Family Bicyclist. I was given pro-tips. I'm not reinventing the wheel so if I can get help, please help me. Not only will you get help but the group is really positive and I have yet to encounter some snarky people. As my bike twin said, "biking makes people happy!" 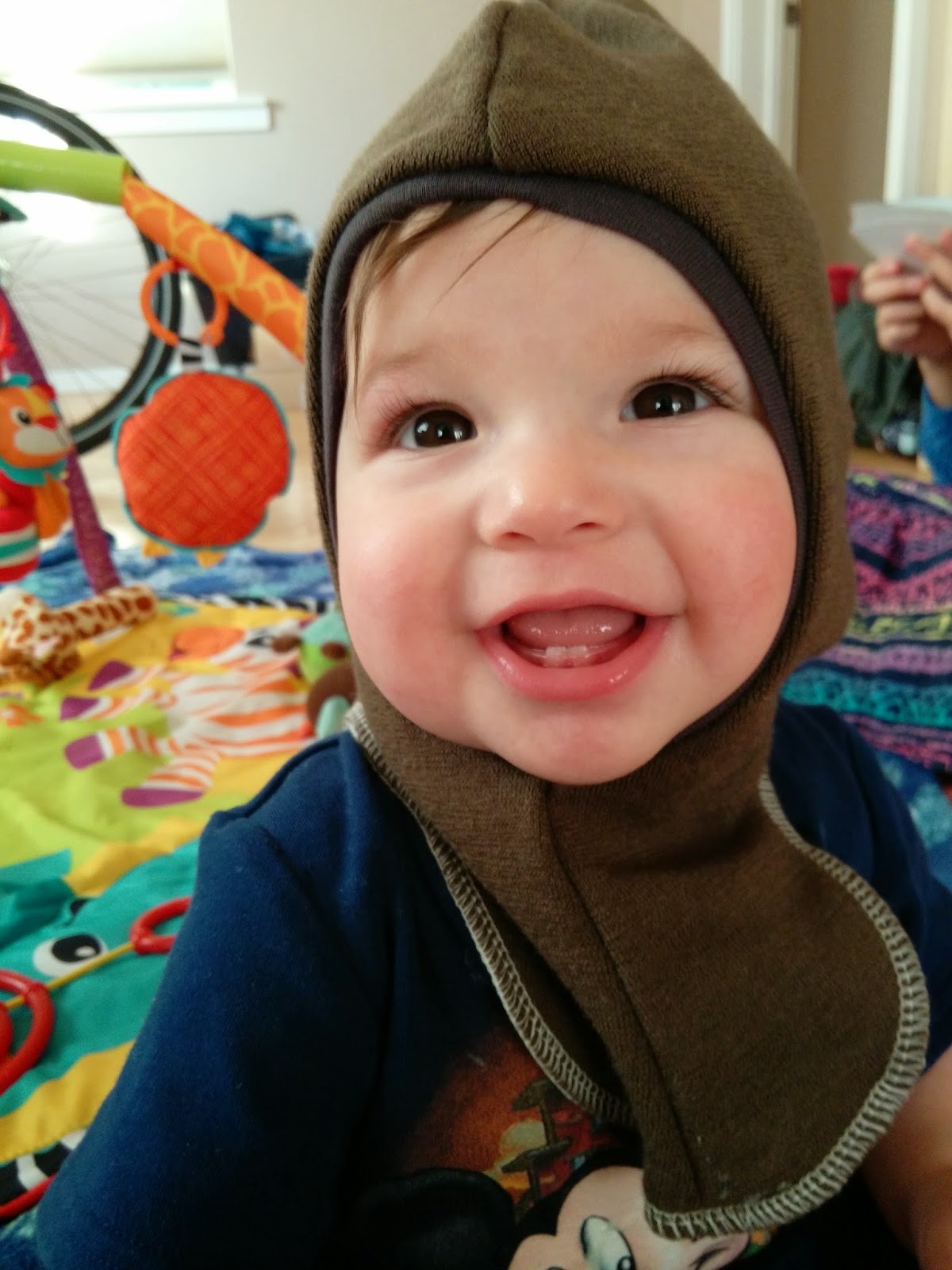 Next came the balaclava. Kids need warmth when they are sitting and doing nothing. The best solution is to cover them up. So, because I don't have a sewing machine and some people have way better skills I ordered one from Marni at Rebourne. I have had lots of Twitter conversations with her and her bike wife Dena. After finally being left alone for more than 10 seconds I ordered from her.

Suddenly we had a Yepp Maxi in the house. Here it is: 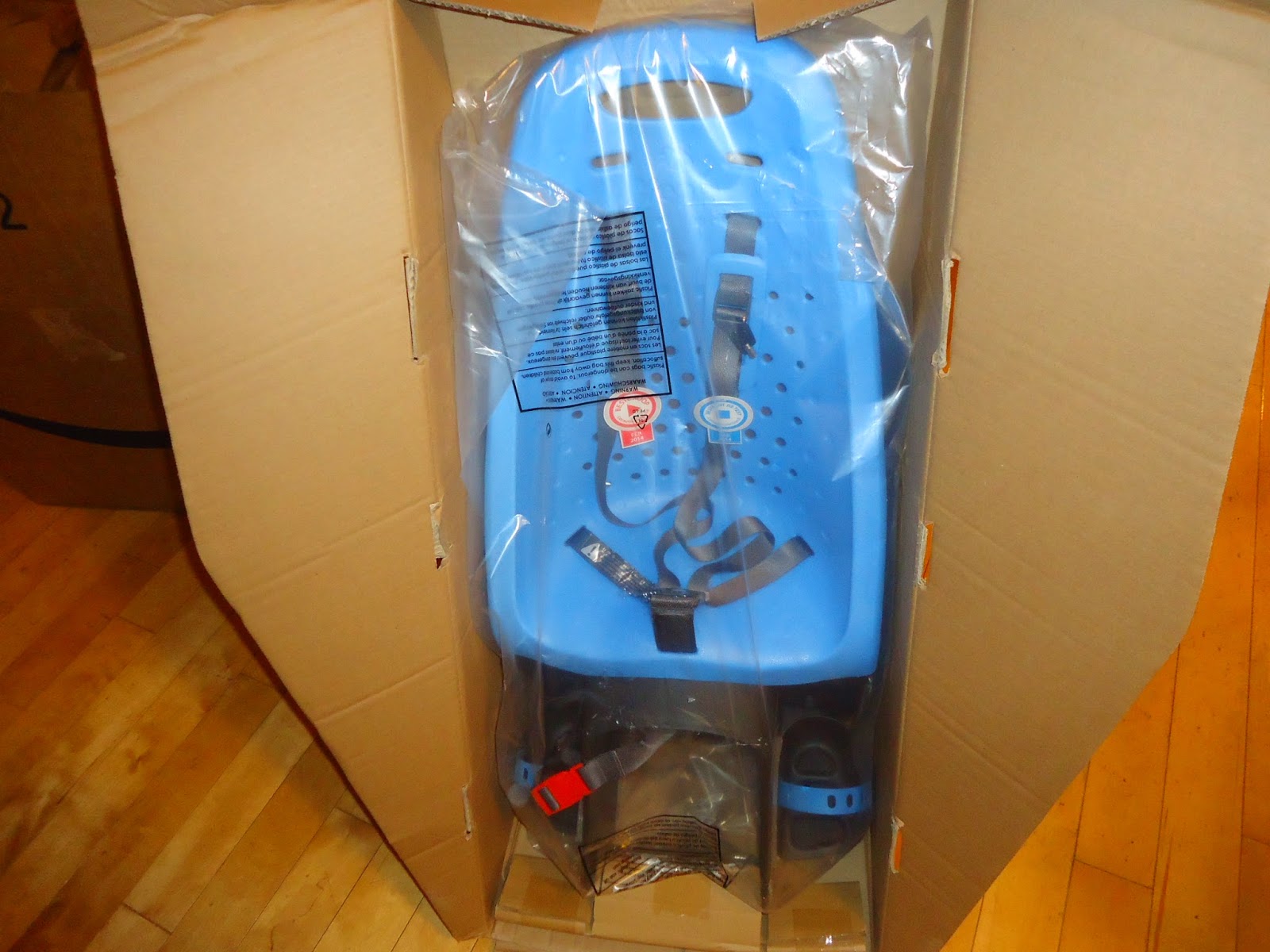 Then we had to solve the issue of where to put him once he was all helmet trained. Next comes the Yepp Easy fit seat. I know the name of the seat says easy but seriously, is it easy? Let me show you: 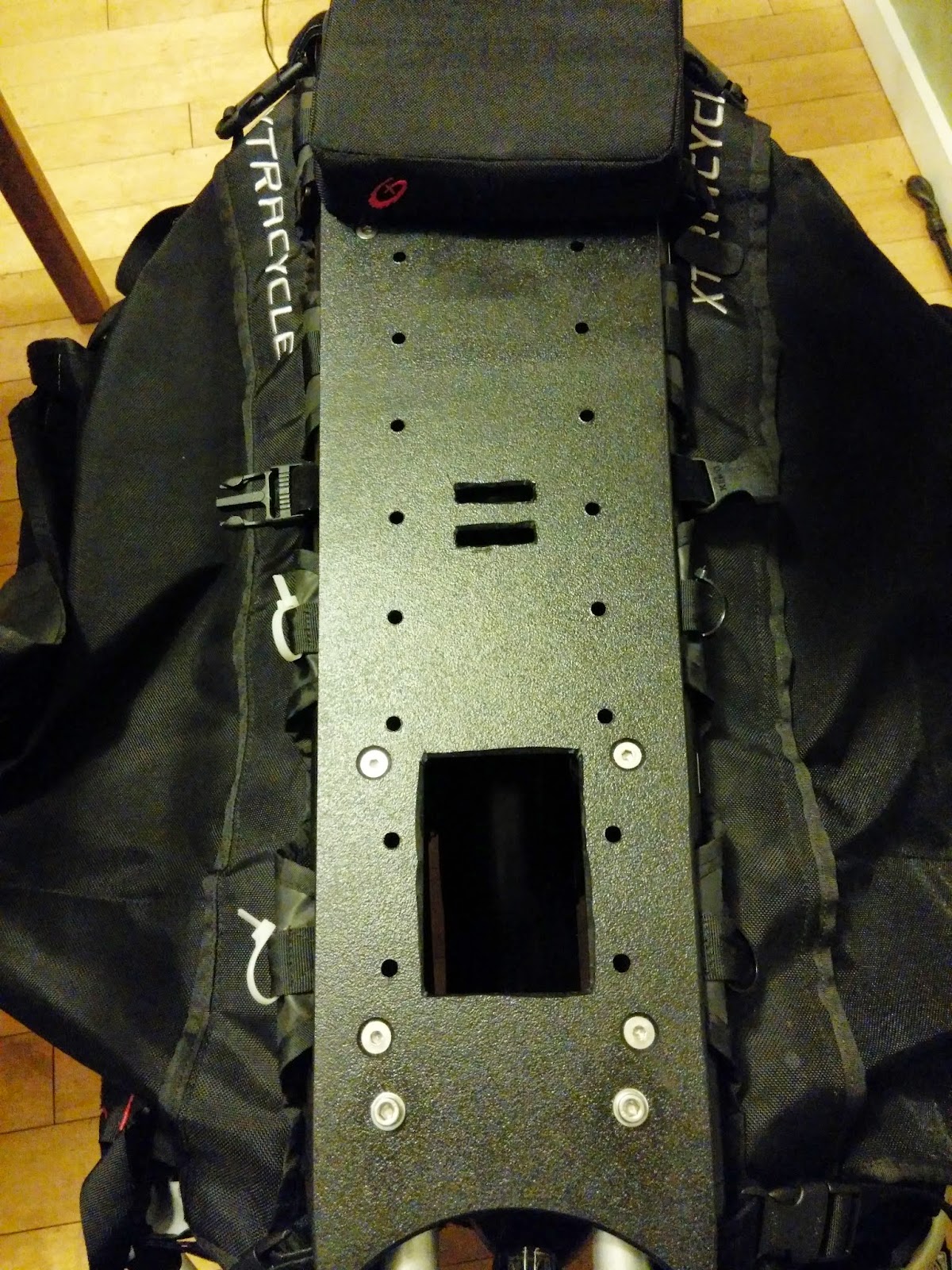 Cut holes in your flight deck. Xtracycle makes that helpful with the new flight deck. G&O did the cutting and also added the extra bolts. You need those so don't forget them. Once that was done, I put the seat in the hole, slipped the strap through for extra security holes. 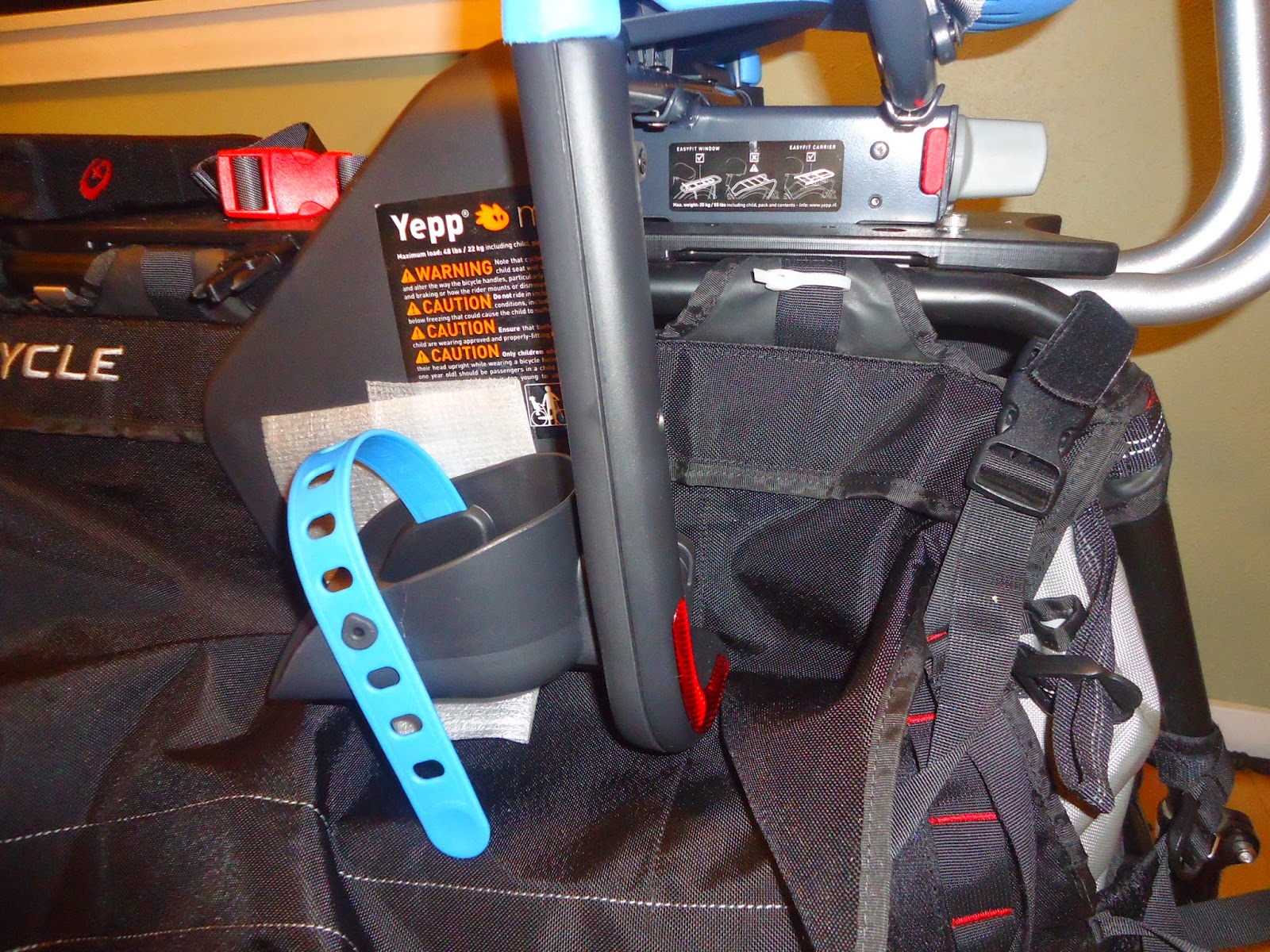 You press the red button and turn the knob. TADA your are done. Just secure the seat with the lock and you're set for the mean streets of passive aggressive Seattle. 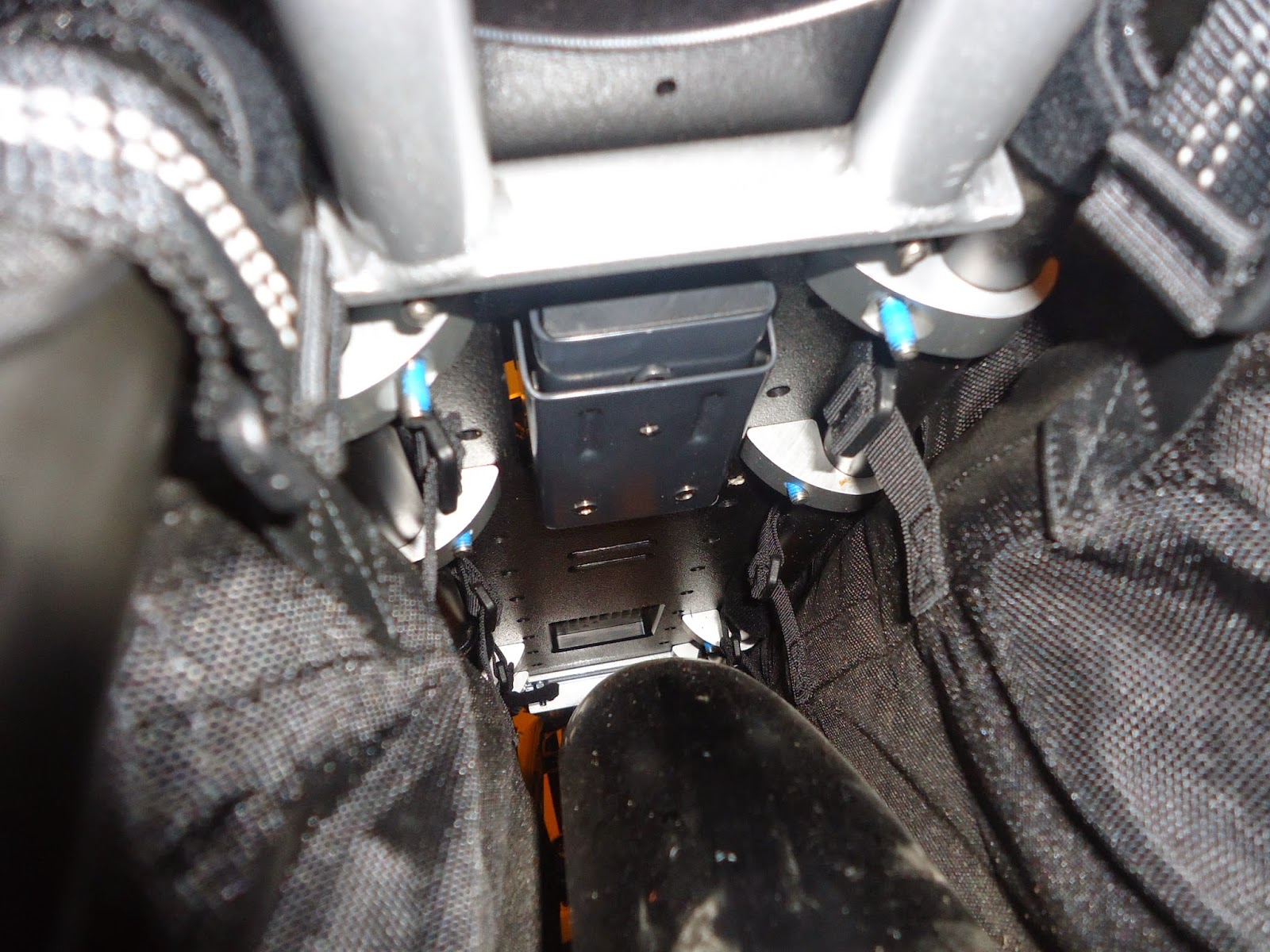 This is what it looks like from down under. 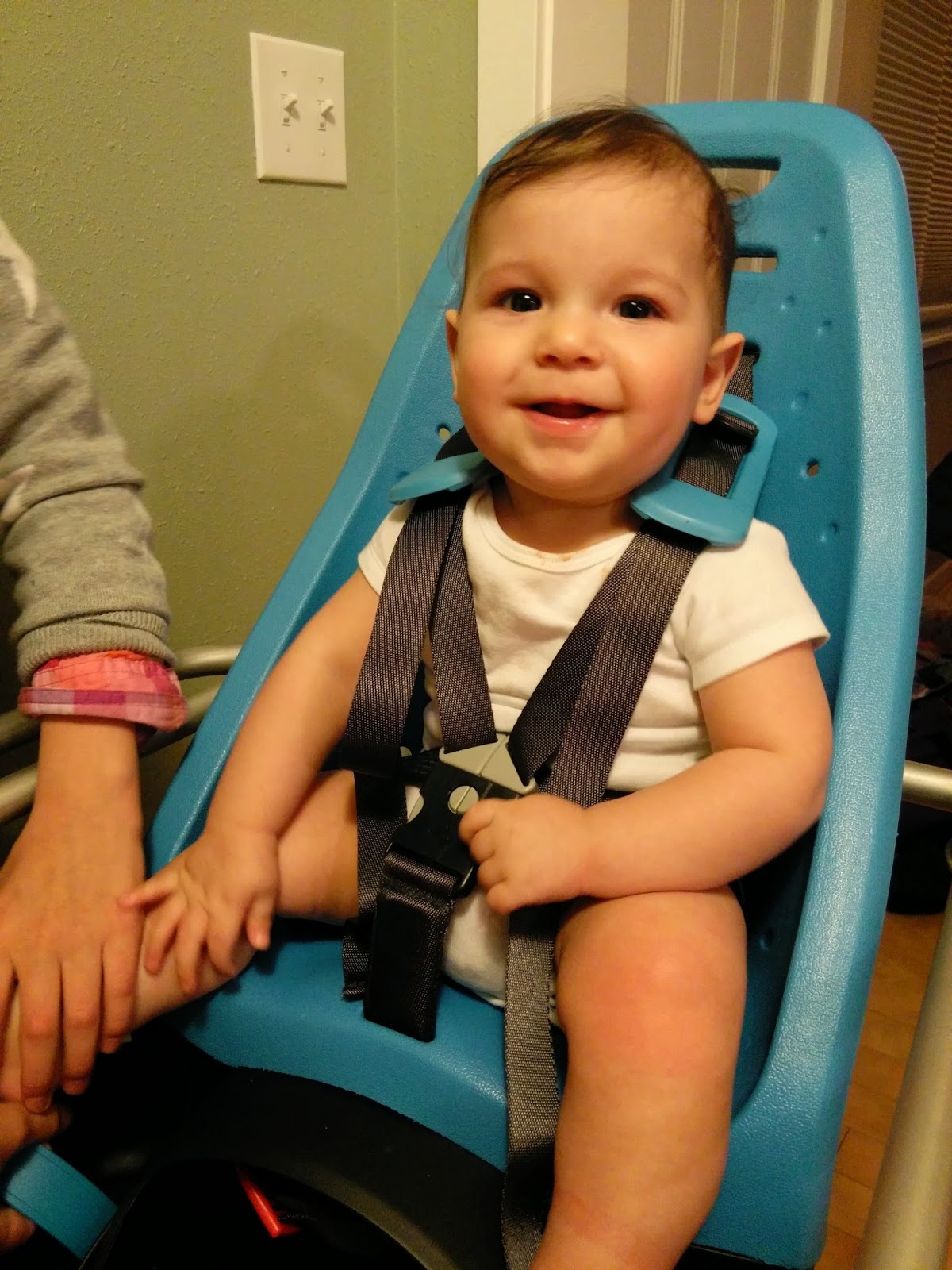 Here he is. Ahh but he needed some lifting so I used the pad from the flight deck and inserted into the seat. These were some that Xtracycle  made but then made newer ones. So, like I said, it was nice for the first five seconds when it was available, but now it is just great! 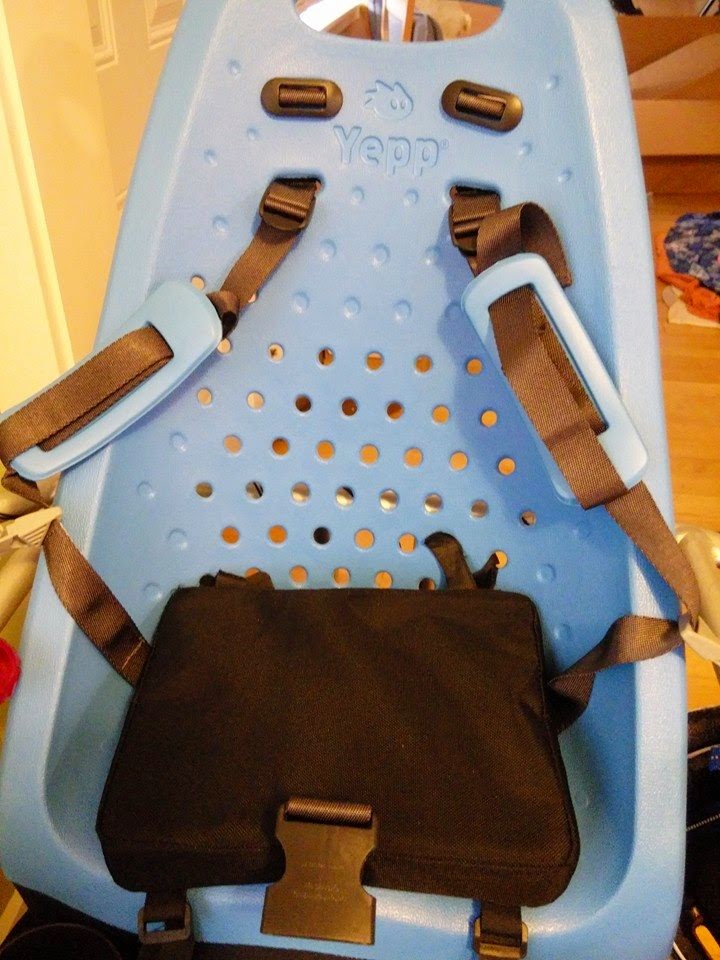 This gave him a little height so that the straps fit him better. 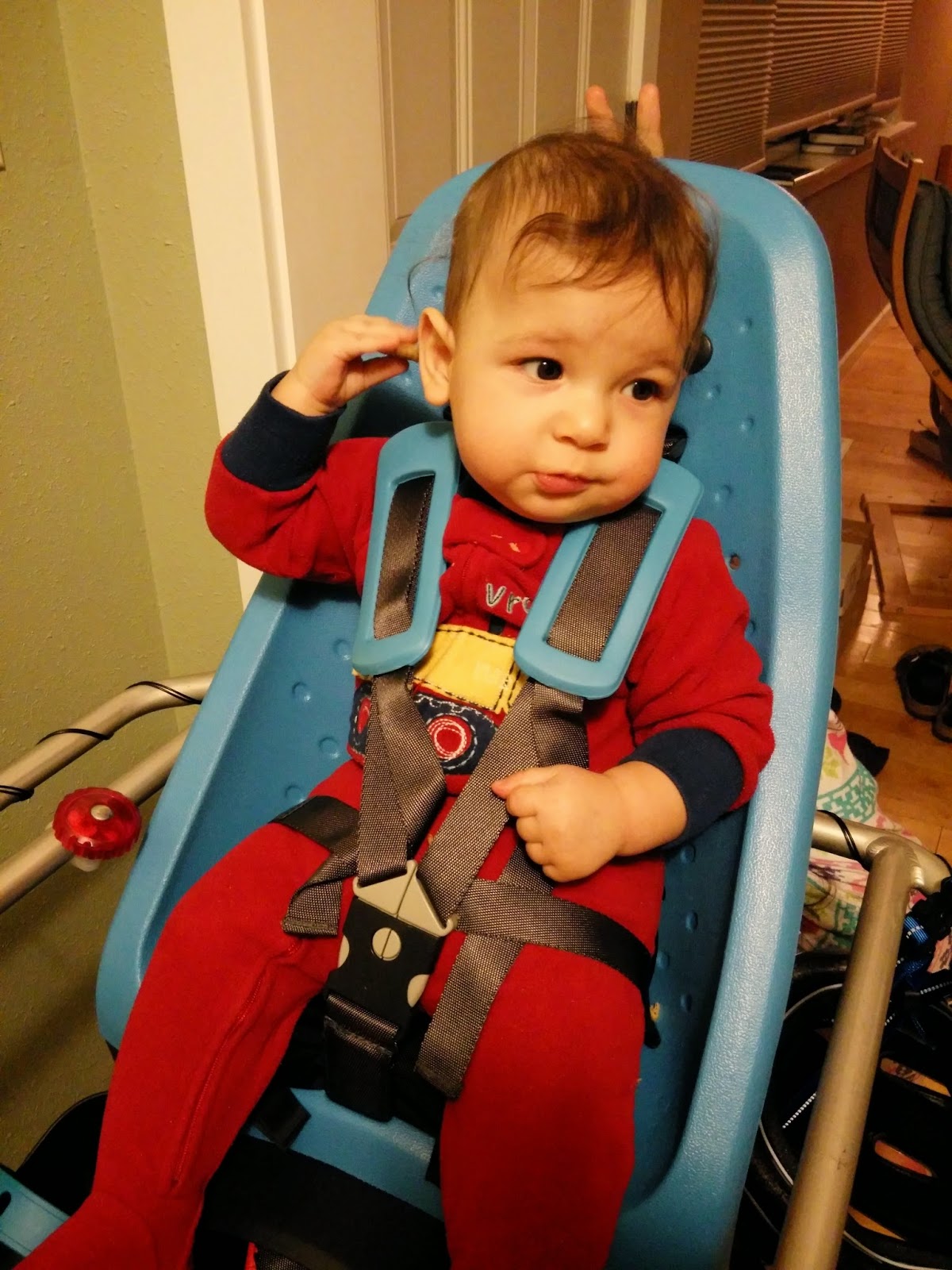 All this experimenting, he wanted to go go. 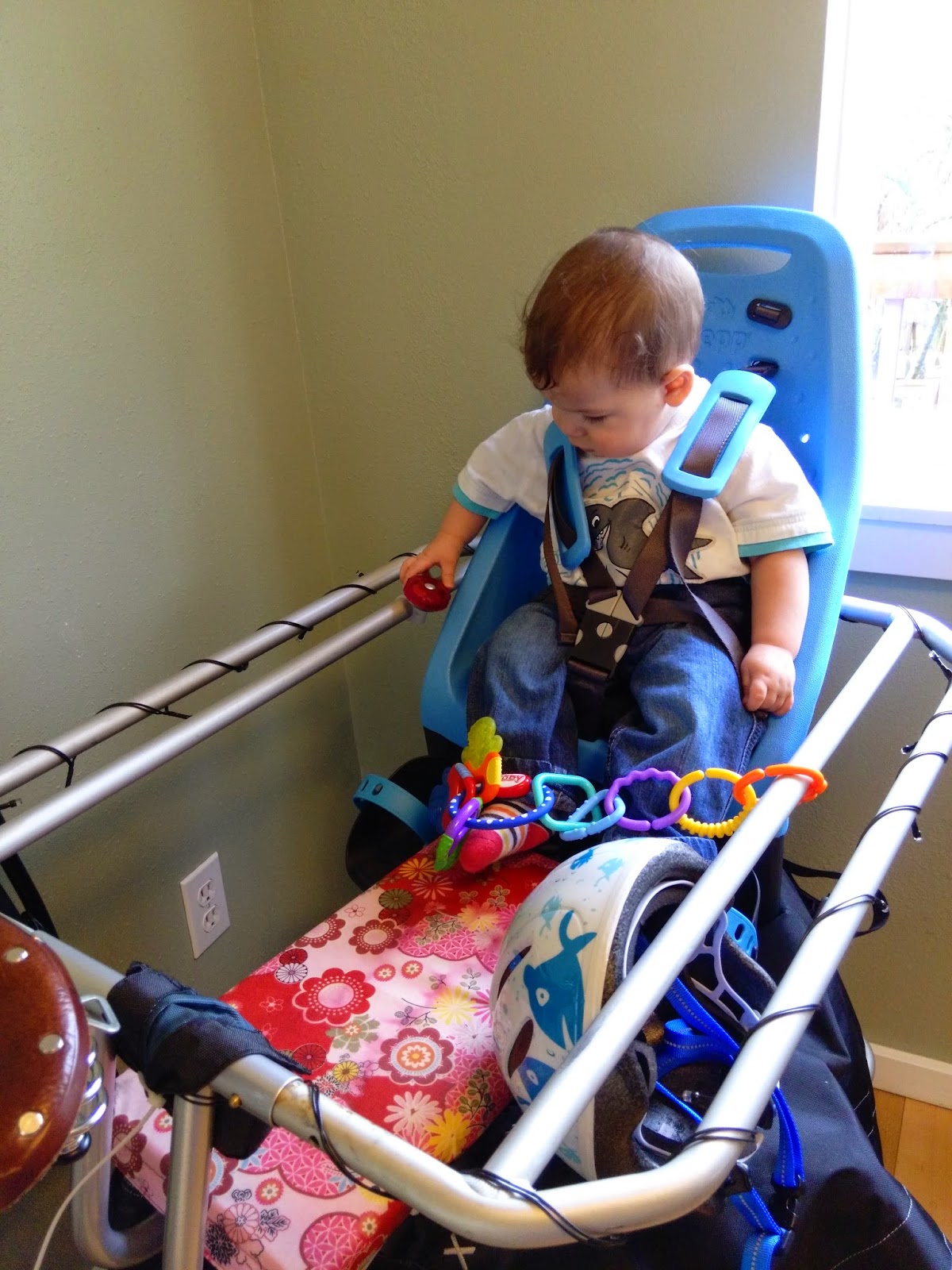 This was one of those times I was alone and needed to go to the bathroom and had no safe place to put him. This entertained him. He knows how to turn that bell. 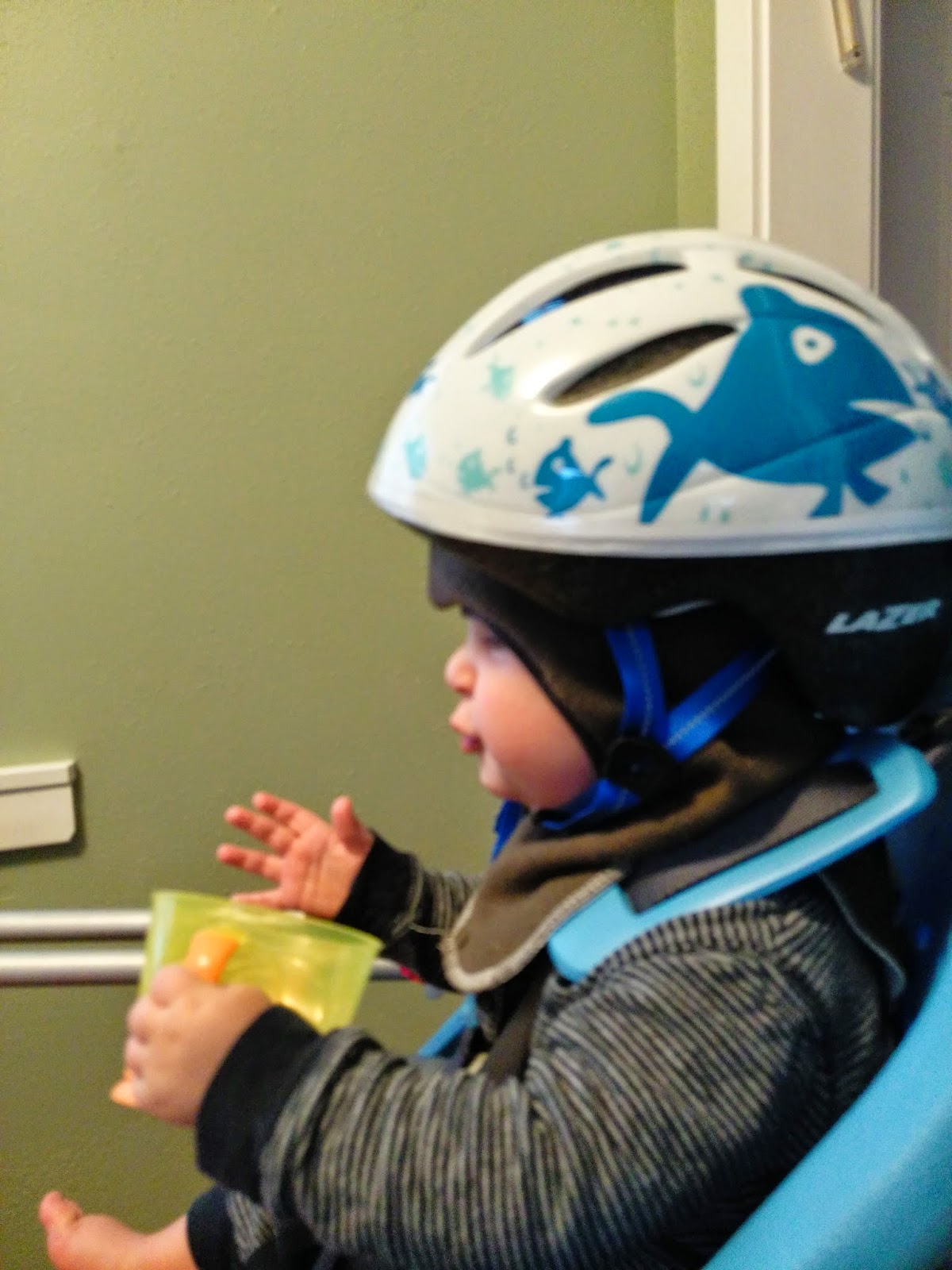 The helmet and balaclava. Looks good. 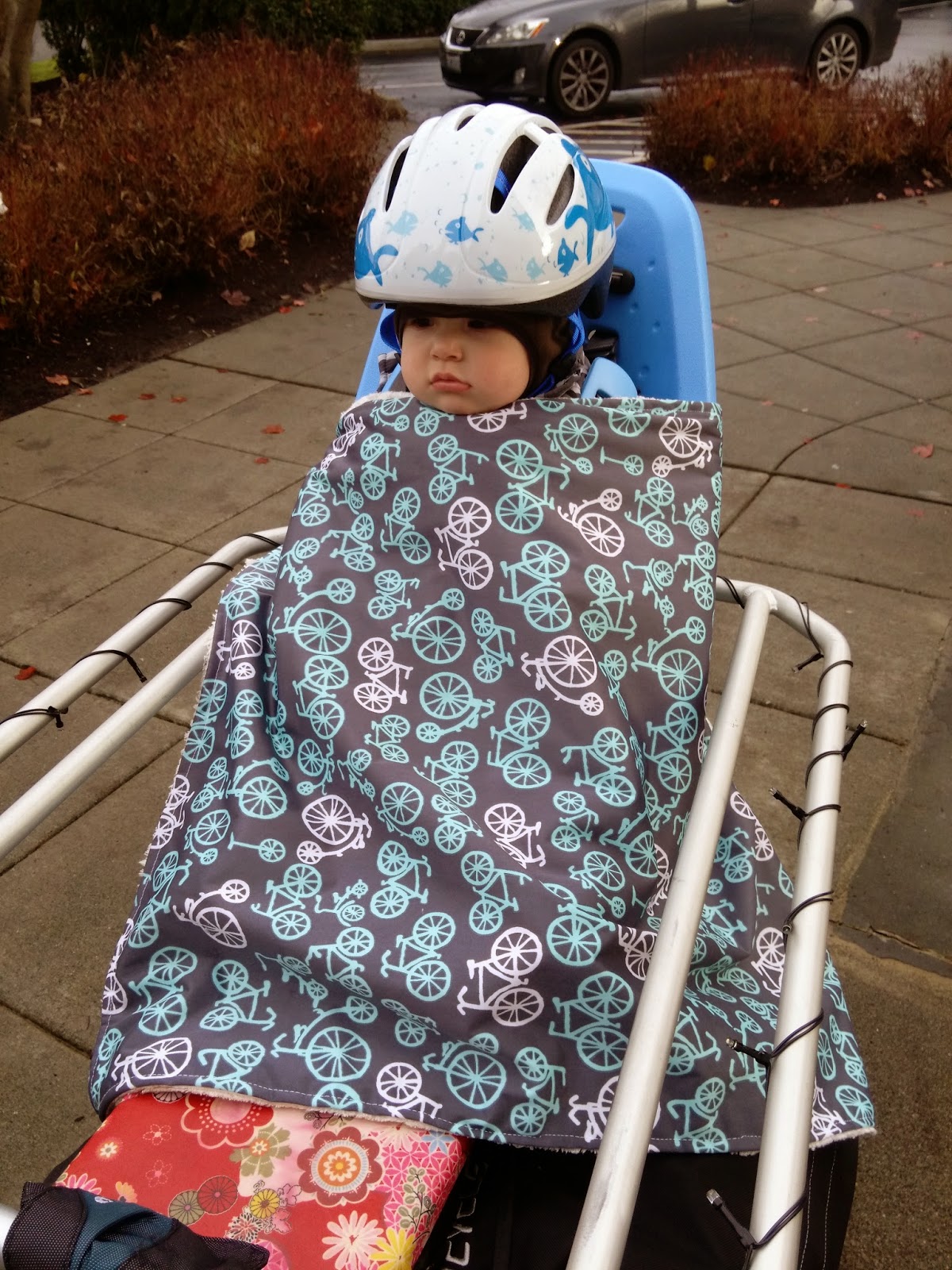 This was his first attempt. I walked the bike to the library just so he go the idea. His face is just tired and probably cold. Put a snow bundting on your kids. They will be happier that way. 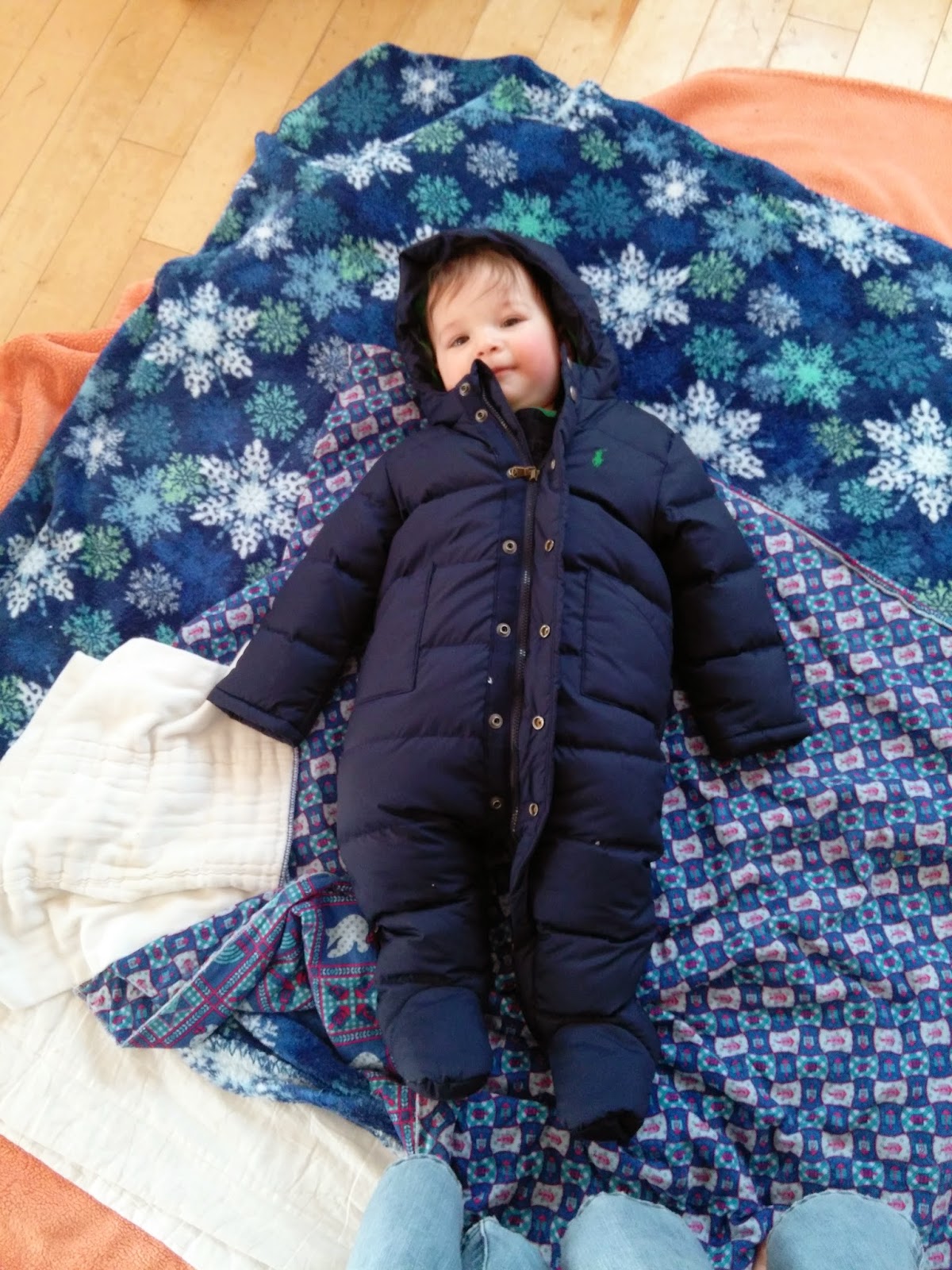 I know, fancy Ralph Lauren but really I bought this for $15 new at Macy's in January last year when everything was on sale. So instead of paying $125 for it, I got the super discount. Yeah and squoosh! 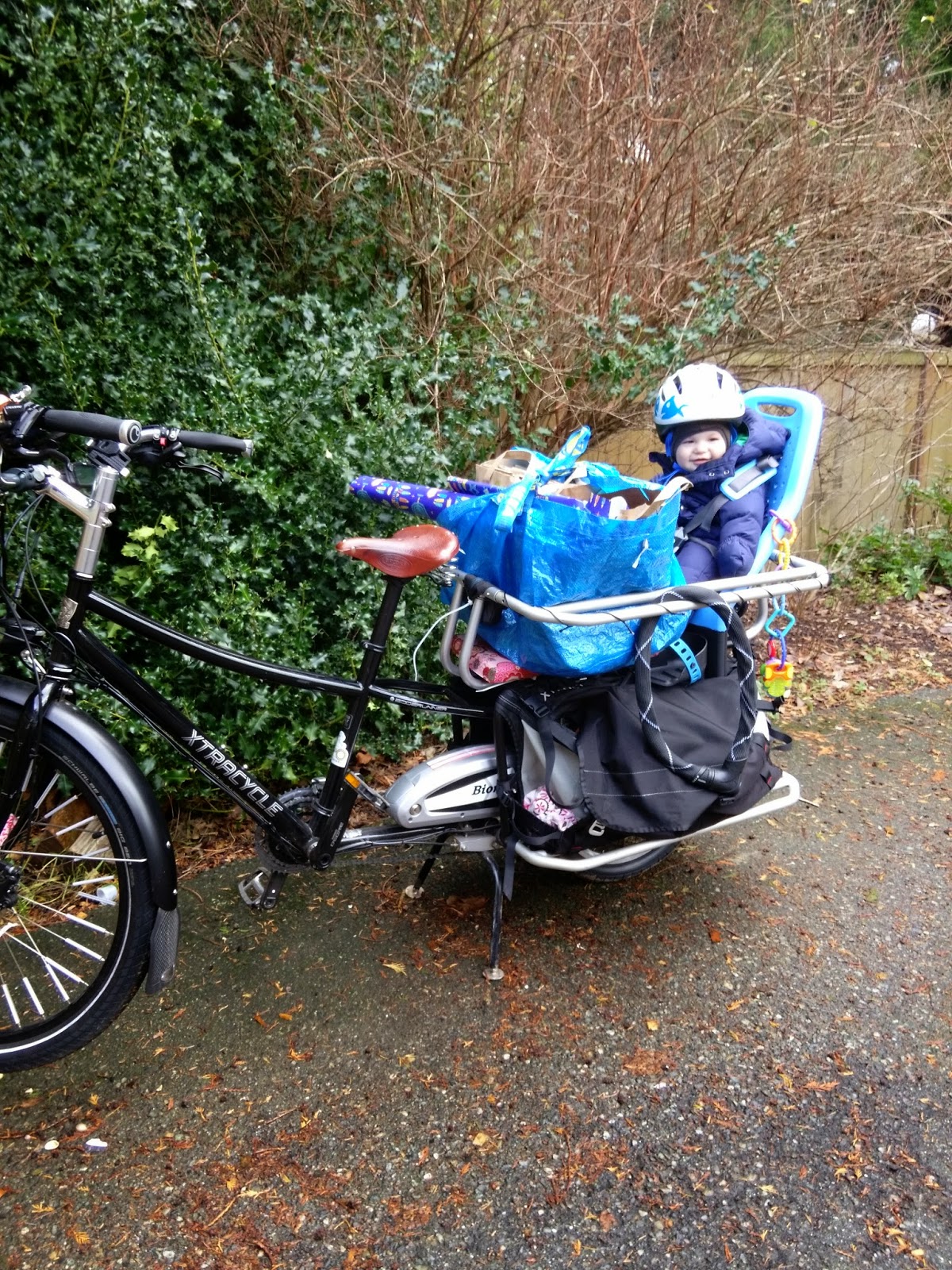 The baby liked his first ride, second ride, third ride.... You get the picture. He loves the bike. Yeah bikes!

For most of the rides he remains awake. So, I didn't have to worry until the last ride where he did his whole baby grunting because he wanted to sleep and couldn't get comfortable. Taking tips from many people and my bike twin we got the perfect nap set up 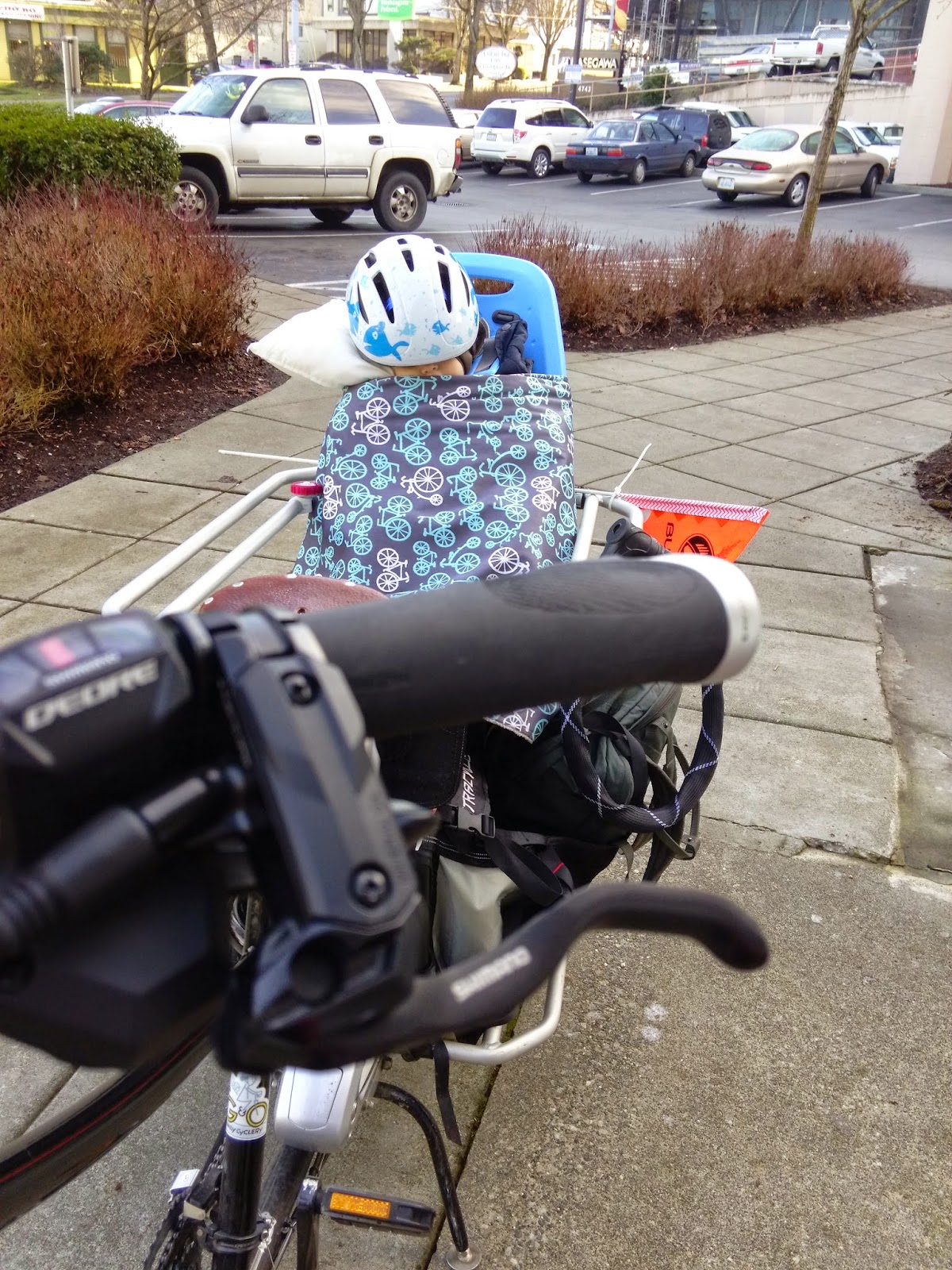 In the end, it looks like a lot of steps. I guess it was but now that my baby has the physical and head strength of a 12 month year old I feel more confident on longer rides. Can't wait for us to make it farther than the Goodwill.