I decided to buckle down and get things done. I hesitate sometimes because the baby and his schedule. Riding a bike with a baby is a new experience for me. The older kid started cargo biking with me when she was 3. Having a 10 year baby gap makes you forget about naps, diapers, nursing and overall making sure baby stays on a regular schedule, OR ELSE.

Baby Peyos is now 11 months. Erev Pesach will be his 1 year birthday. He does a lot now. He talks, walks, eats sushi and generally makes us dizzy with how demanding a small person can be. Okay, so I buckled down and set myself out to complete this years #Errandonnee Challenge. I've got goals and this is one of them. The first day happened to be Purim. I know everyone loves Purim but I don't love it because it is a day where rushing is the theme. Just because I am Jewish doesn't mean I have to love every mitzvah. Some of them are hard and this one is hard for me. This year I designed the day so that I wouldn't feel like my head would explode. I did not make elaborate mishloach manot, I didn't stress about a costume, and I make sure that if I was going to have a seudah/party at my house and super loud!

How does this figure into the #Errandonnee challenge? Let me show you. 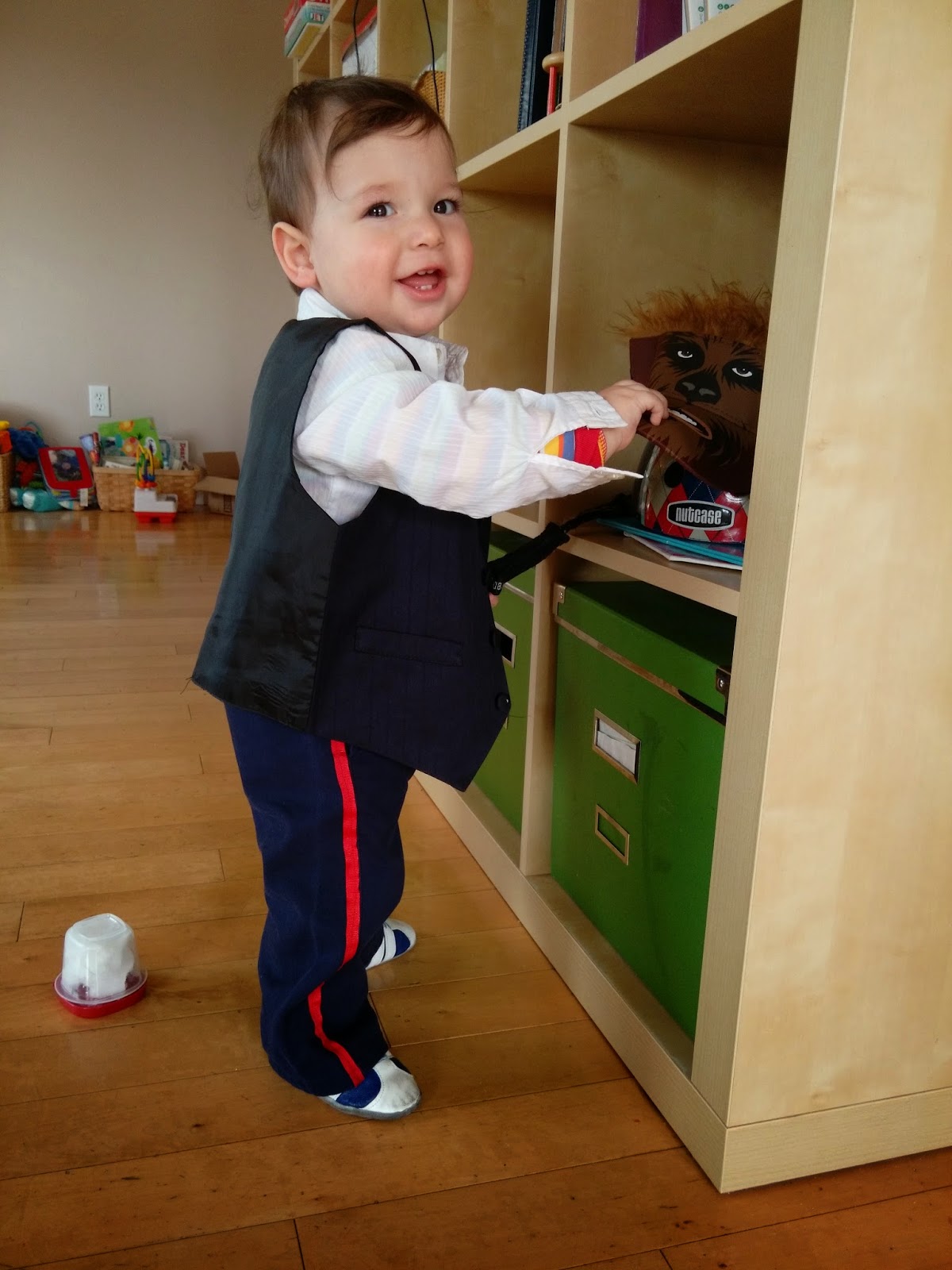 Here is baby Han Solo. We had the super "P" family help with sewing the stripe on the pants but oh no, costume error. Turns out Han Solo's pants look like the picture below. At the point we learned this I had already bought the ribbon and wasn't going back to the fabric store.  Who cares, he looks cute anyway! We didn't get him a plushie gun because I was lazy or busy. Pick one of those. 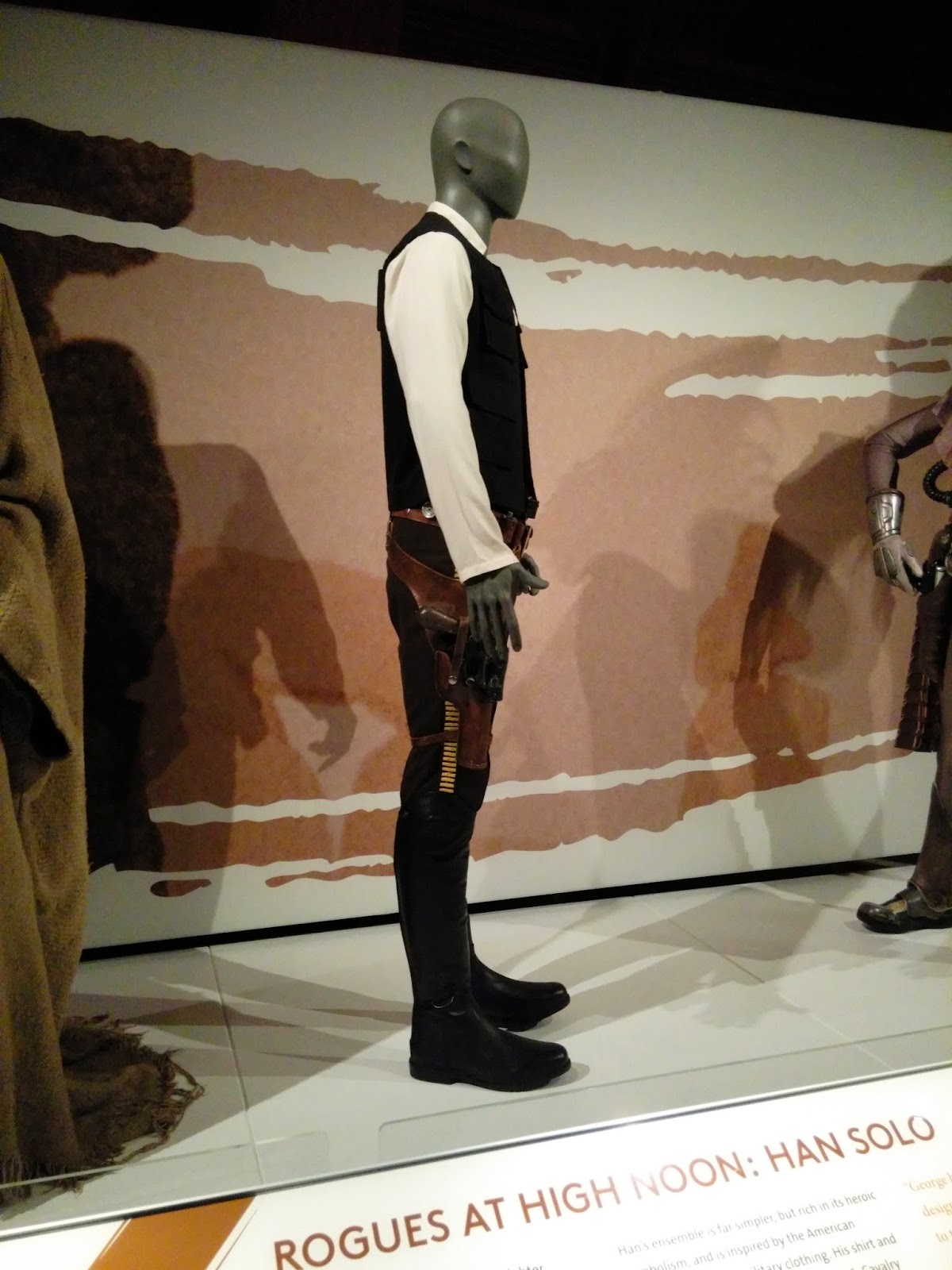 The older kid wanted to be Princess Leia. She always wants the family to dress up together. We managed to get dressed up. Not only does the family need costumes but so does my bike. Baby Peyos was Han Solo. Every space captain needs a space ship.


So, in the span of two sloppy days we made the Millennium Falcon out of cardboard. Baby Peyos found it exciting, so exciting he took 3 naps Purim day. This just meant that the deliveries of mishloach manot were done alone. Apparently Princess Leia went to help the maker of the most delicious chocolates deliver their mishloach manot. Baby Peyos stayed at home while I (dressed as Chewbacca) schlepped the Millennium Falcon around. I didn't tie it down so it did fall off the bike if I went more than 15 miles an hour. It did a flip at 20mph and I was forced to use the old tubes to secure everything.

In general I was safe and the errands were short. I got to see my friend dressed in a purple wig. I basically learned, don't bike around with a space ship at 20 miles and hour on Seward Park Ave without securing it. How was my party? It was fun and loud and left us with a disco bulb in the end. I also loved the straggler friends who ran up our hill to visit. From far away I thought they were teenagers but NOPE, they weren't teenagers. Sadly I did not take pictures of our seudah or the food and the lack of food when we were done. 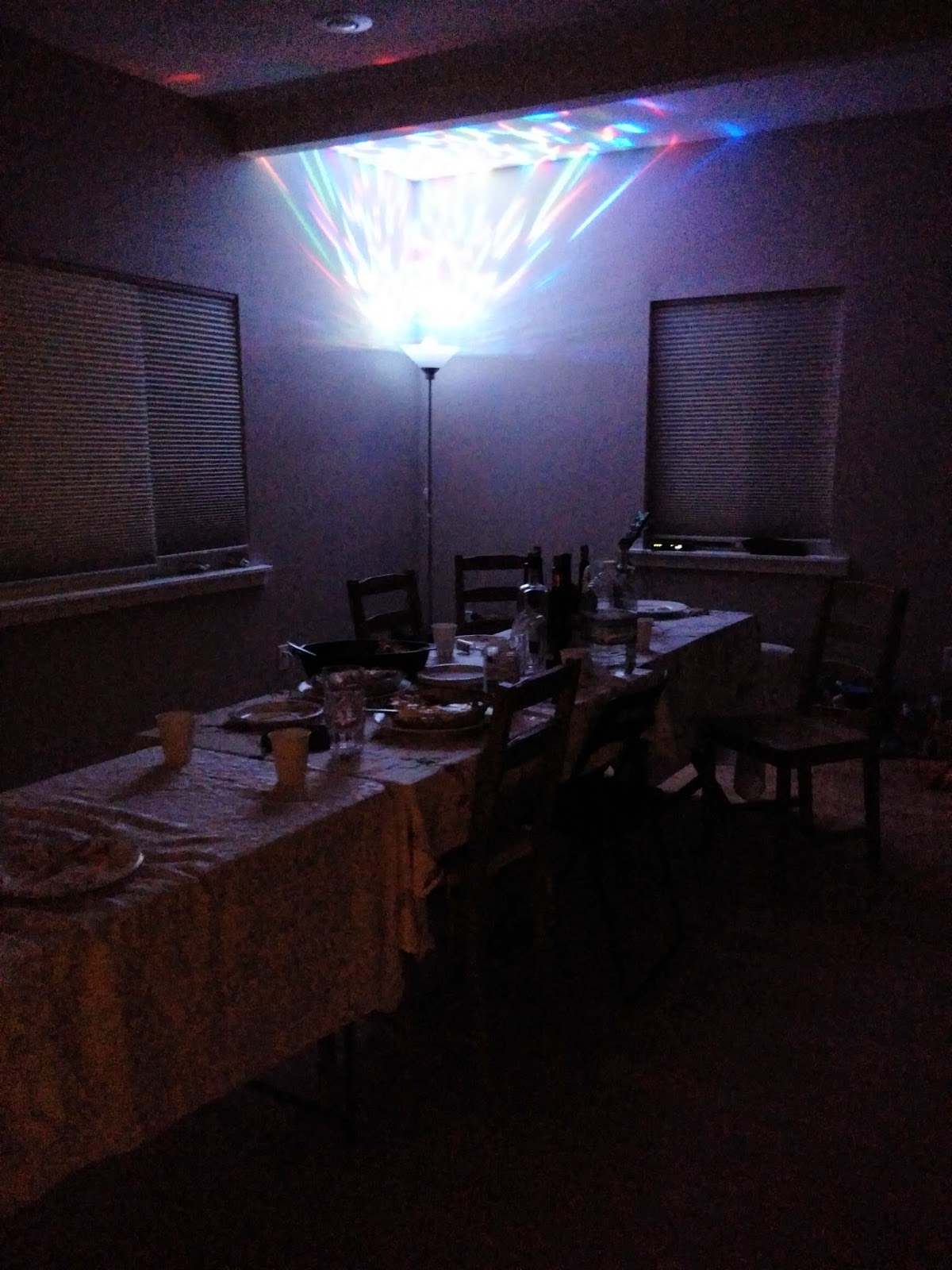 You like our mood lighting. This was even after we cleaned up the first time. This is the mess from the friends ran up the hill. Their was much discussion about the ability to compost in a state of a Purim stupor. The consensus was if you can figure out what goes where you didn't drink enough. I am sure nobody remembers except me because I was the only one drinking water. Hopefully your Purim was just as fun. #Errandonnee!!
at March 11, 2015

Email ThisBlogThis!Share to TwitterShare to FacebookShare to Pinterest
Labels: #Errandonnee