I met Mr. Peyos after the Memorial walk for Desiree McCloud. I'm sure someone will write about the memorial walk but a lot of my feelings about this section of the city are wrapped up in the outcome of Rainier Ave and our no-nothing protected bike lanes. So, for now I am going to wait until I get write about Rainier Ave.

Mr. Peyos and I decided to return to downtown to catch the light rail and I suggested we try the NEW AND IMPROVED 10th Ave. Hillclimb/Shortcut/Whatever 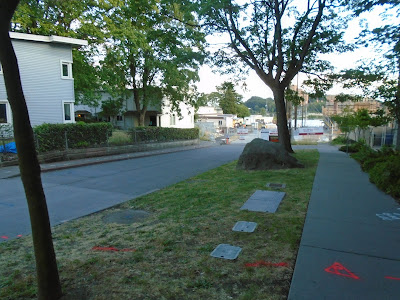 Someone was convinced I didn't know where we were going. I said, I vaguely saw on social media that those painted feet meant something. So, we followed them like fools. 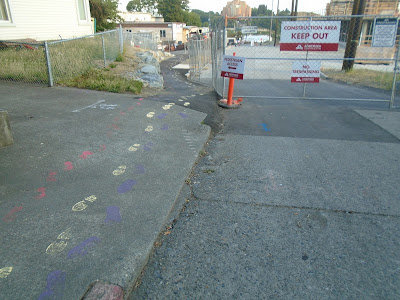 "It's closed Shirley, let's walk downtown another way". No, I was convinced that the feet meant we would find the path 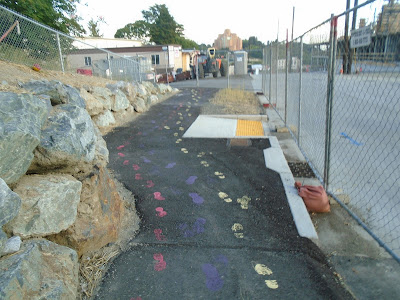 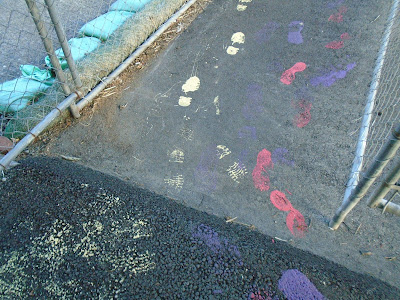 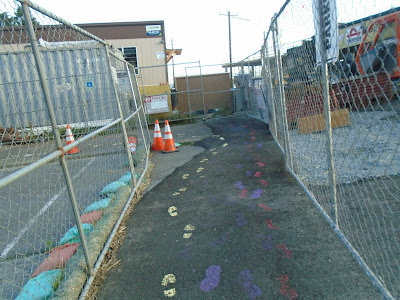 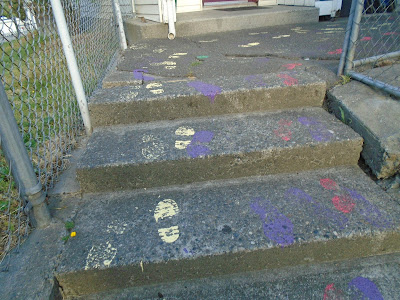 AWW, SNAP! This looked promising as a shortcut with a bike until I saw this. I can't friggin lift my bike over this many steps. NO NO NO. 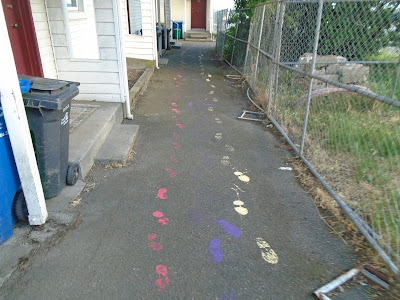 For residents only the sign said or just us trespassers. How weird 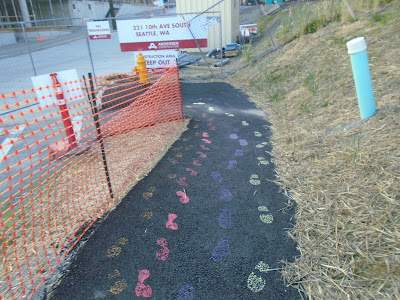 The end of the loopy loop fruit loop route 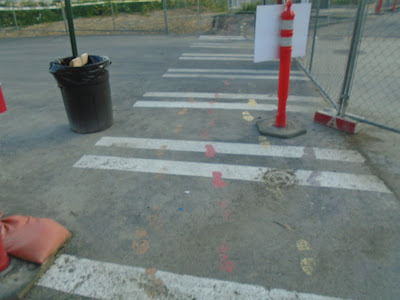 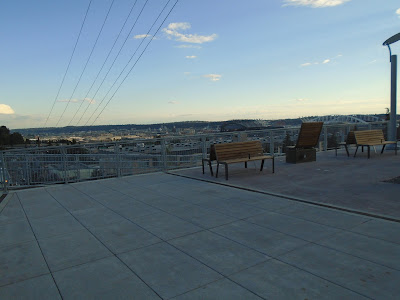 There you have it, It's actually beautiful. 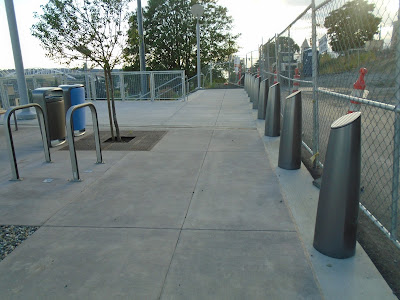 I tend to think out loud, "What are those for?" "Mr Peyos said, "it's for people to rest on before they contemplate suicide." How morbid 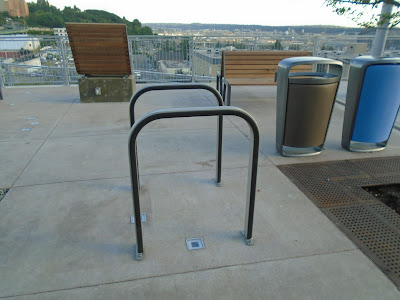 At least they didn't put the poo bike racks. Look at those adorable artsy garbage cans. 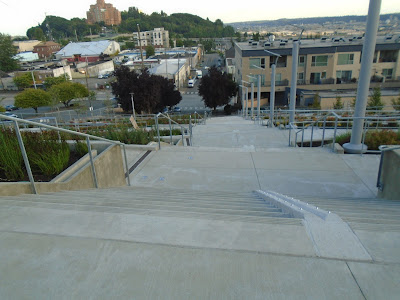 At some point someone thought it wasn't fun to use the ramp and we were forced to use the stairs. 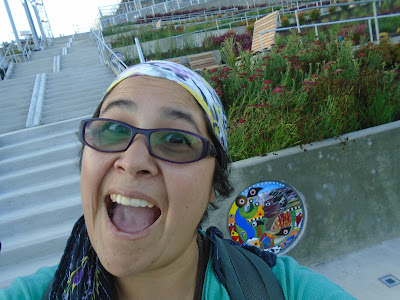 There you have it. DON'T BRING YOUR BIKE if you decide to try this because you will fail unless you are the Hulk and can lift your bike over the steps on the loopy path at the top.